24 Feb 2015 - 11:48am | AT News
Sensation prevails in the Gauhati University campus after a student was found hanging at his rented house at Sunderbari, near the GU campus early today. Arnabjyoti Talukdar was a student of B Tech... 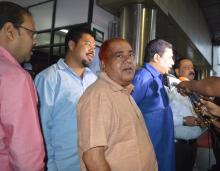