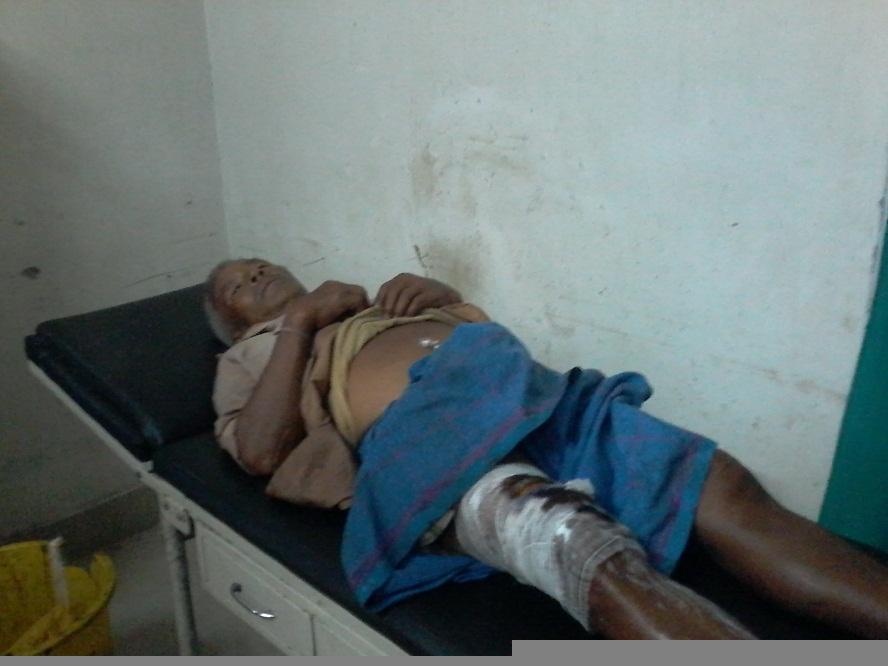 At least 13 persons including two nine month's- old babies were sustained serious injured when a public bus met head on collision with Mahindra Max Van at Batabari near Joypur along the national highway in Kokrajhar on Wednesday.

According to injured persons Ma Manasha, a public passenger bus was on way to Ultapani Saralpara met head on collision with a Mahindra Max van at Batabari near Joypur along the national highway at around 2 pm where 13 persons received serious injured.

Six of the injures are said to be critical including a baby in the mishap.

A team team from Bismuri visited the spot and took stock of the mishap. The mishap was danger that cause both the vehicle marking of injuries on the bodies, saud a police officer who visited the spot.

Mangalsing Gurung, a passenger in the bus said that persons who are injured were admitted to hospitals and given treatment. 'It was a very unfortunate mishap that happened where passengers met severe injuries', Gurung told.

10 Jun 2012 - 10:02pm | editor
Cachar police is on a massive operation to nab a youth who allegedly raped minor girl Cachar district on Saturday. The incident took place at Sonai where girl was lured to his house by her neighbour...

19 Apr 2015 - 5:14pm | AT News
One person was killed and many houses were ravaged when a powerful storm hit Lakhimpur district on Sunday. The storm began at 4.30 in the wee hours damaging over 200 houses apart from disrupting...

20 Jan 2018 - 10:45pm | AT News Imphal
IMPHAL, Jan 20 (NENA): A few new species of migratory birds were found flocking at Loktak Lake during this year’s bird count, but the exact number of birds is yet to be known officially as...