Sources in the chief minister’s office said Gogoi is gearing up for a minor expansion of his council of ministers where two of his colleagues would be dropped and three would be inducted. Assam Times Political Research Bureau broke the story last week how Gogoi was preparing to quell the dissidence and to reward a section of dissident MLAs who decided to remain with the Congress. 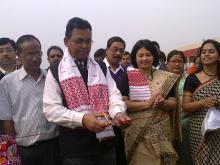 22 Feb 2012 - 3:41am | Smrity Rekha Kalita
Jeypore Rainforest, a sprawling forest landscape of Upper Assam, interspersed with the meandering Dihing River, is a hotbed of Bio-diversity that can rival the best tropical rainforest sites in South... 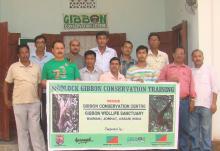