Caught in a barrage of criticism and controversy, Manipur Okram Ibobi Singh has ordered a magisterial inquiry into Churachandpur violence where 8 people lost their lives last week hours after the assembly cleared three controversial bills.

The chief minister confirmed the probe when he was holding a cabinet meeting in Imphal on Saturday night.  The cabinet further took stock of the law and order situation in the vulnerable areas. 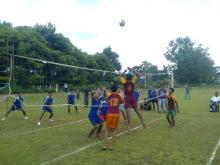 22 Mar 2014 - 12:45pm | Hantigiri Narzary
Three people are believed to have been killed in the name of witch-hunting in Kokrajhar.The incident took place on Thursday in Mongoljhar where the three people including a woman have been remaining...