Majuli is set to be declared as a world heritage site on June 6. According to information, the decision to this effect would be formally approved at the UNESCO meeting slated for June 6. The global body is considering the long standing demand from the Government of India with due seriousness. Hours after the formal approval, the announcement is set to be made. The announcement for the seat of the vaishnavite culture, was to be made three for years back but it has not been possible in the absence of some official procedure from the Central and state government. 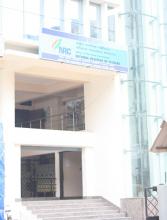 25 Apr 2015 - 11:13pm | AT News
Three people died and several others sustained injury when a 7.4 magnitude tremor jolted the state along with other eastern states on Saturday. Originated in Kathmandu, the tremor was felt at 11...

7 Dec 2010 - 7:03pm | Babul Gogoi
Volunteers around the world coming forward to hosts mirrors of Wikileaks and mirroring 729 sites till 22:32 GMT yesterday. Technically, these copycat sites consists of "only html/css/javascript/png...