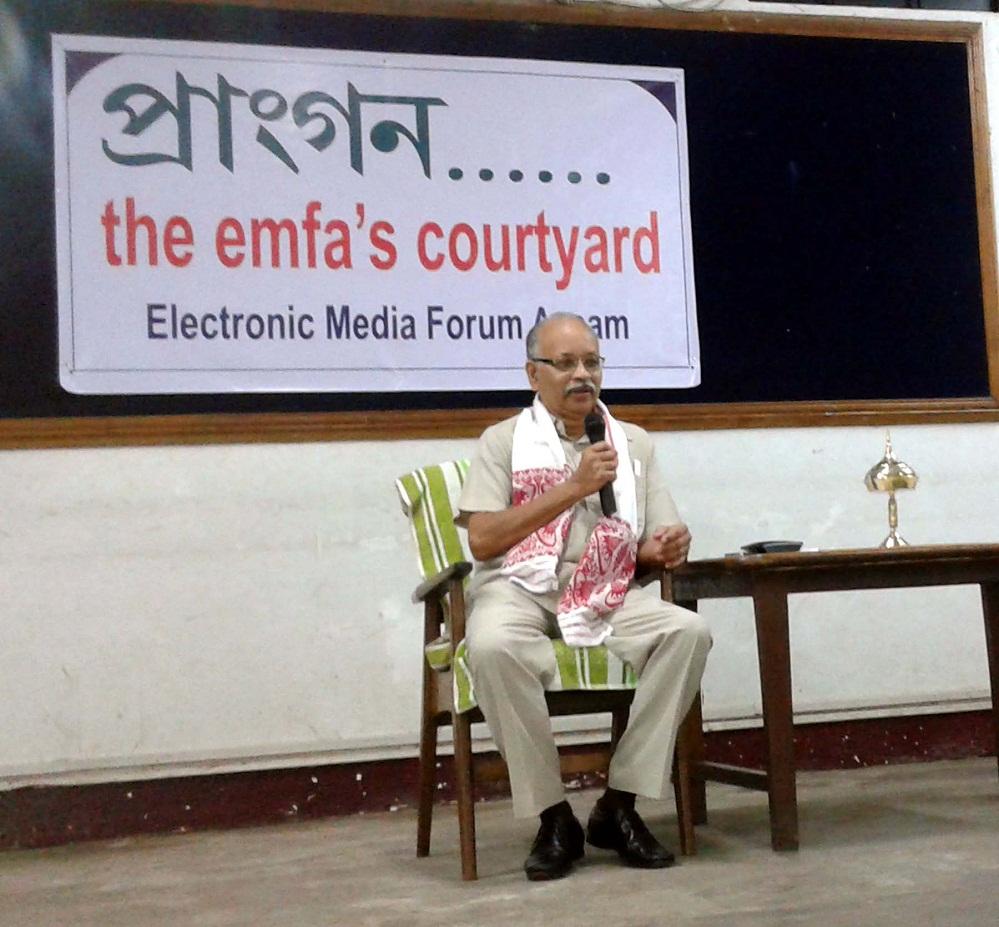 Eminent educationist Professor Srinath Baruah on Saturday attended the first ‘Prangon the emfa’s courtyard’ program at at Guwahati Press Club and interacted with the scribes. The former vice-chancellor of Krishna Kanta Handique State Open University highlighted some ethical guidelines for the television reporters from his personal point of views.

Professor Baruah also expressed disappointment over the frequent use of wrong Assamese words, confusing structure of sentences and repetition of some unhealthy visuals by many news channels. He asserted that some news channels have emphasized more on entertaining rather than educating the viewers. Nonetheless he appreciated the role played by Assam based news channels in the time of crisis.

Organized by the Electronic Media Forum Assam (EMFA), the ‘Prangon the emfa’s courtyard’ is expected to be a regular feature for the benefit of media persons in enhancing their skill and capacity building exercises. The EMFA requests the presence of journalists from both the electronic & print media in this endeavour.