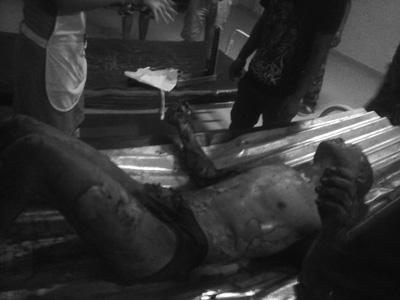 Four police commandos died when they clashed with a group of protesters in Churachandpur who turned violent after in the evening hours after a mob set on fire at least seven ancestral houses of MLAs and MPs in the same area.

The three  civilians died when police commandos resorted to firing and lathicharge to disperse the mob when they unleash terror in the entire town in protest against the bills to ensure the rights of the indigenous lot.

The scene of gory violence has spread to the Hospitals in the Churachandpur town when the relatives of the deceased started attacking the police commandos deployed to man the bodies in the hospital premises.

13 Aug 2007 - 5:24am | Rituparna Goswami Pande
At stroke of midnight, on 15 August 1947, India became an independent nation. This landmark event was preceded by Pandit Jawaharlal Nehru's famous speech titled Tryst with destiny.“At the...