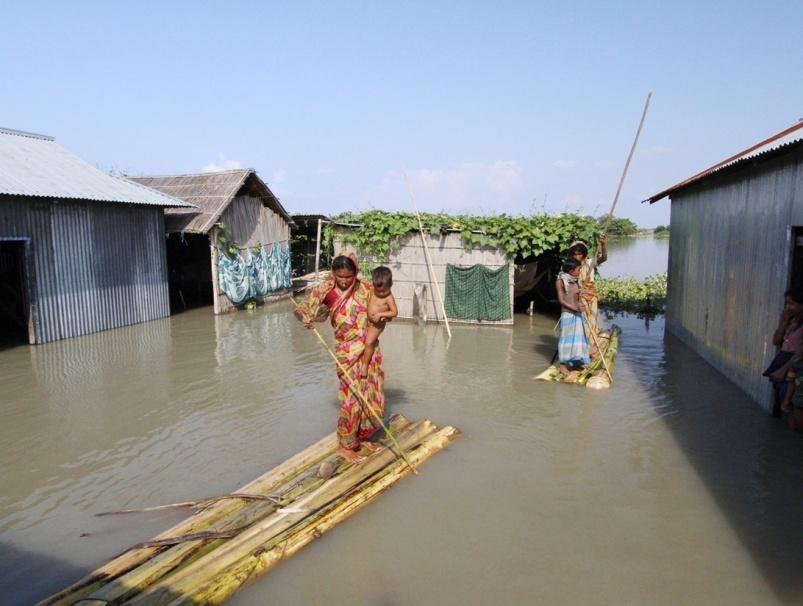 Assam is one of the most flood prone states in the North-Eastern region of India. Flood has almost become an annual event in Assam creating devastation among the people. This year, the first web of flood in the month of June had affected over 3 lakhs people and damaged huge area of crop land. The recent flood i.e. second web of flood has affected more than 6 lakhs people across 17 districts of Assam. At least 17 lives have been lost in this second web of flood.

On 25th of August, 2015, Jhai Foundation conducted Rapid Assessment in three char villages i.e. Tapajuli Pathar, Mazidbhita and 4. No Bhera of Barpeta district to understand the impact of recent flood among the char people. Barpeta district as a whole is one of the worst affected districts and particularly, the char areas are worst affected geographical area. As per the official release of Assam State Disaster Management Authority, on the pick of flood, nearly 60 thousand people were affected from Barpeta. The latest release (25th of August, 2015), 40567 people are still marked as affected across 121 villages in the district. Officially 2 relief camps are set up and 300 inmates are taking shelter in those two camps. The Circle Officer of Baghbar revenue circle (the worst affected revenue circle) informed us that Gratuitous Relief (GR) has been released for two camp inmates on 25th of August, 2015.

However, our sources and assessment revealed that huge number flood victims from char areas were taking shelter in a very deplorable condition. There are many shelter camps set up in raised areas and schools in char areas, however those shelter camps are not recognized by administration and thus no relief and humanitarian support are reaching to those flood victims. 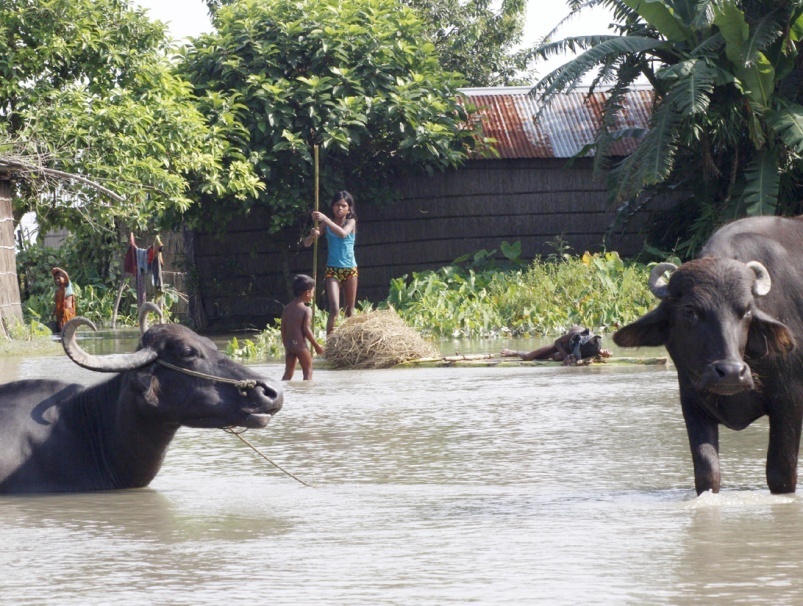 We conducted assessment in three char villages i.e. Tapajuli Pathar,  Mazidbhita and 4 No. Bhera under Baghbar Revenue Circle of Barpeta district.  These three villages have around 450 households with a population of over 2500. The char is surrounded by river Beki and Bhelengi. The water of river Beki is still flowing over danger level. The assessment team identified the following sector wise damage and immediate needs:

a)      Shelter: All the houses in the three char villages are submerged in the flood water. Fifteen houses have been eroded during this flood. There is one raised platforms for the two villages, the char people have rescued their livestock and taken to those two raised platforms. The capacity of the platforms is very limited to accommodate large number of affected people. Apart from the cattle, around 30 families are also taking shelter. Remaining population are co-existing with the flood water. Children, women and elderly people are severely affected.

b)      WASH – Water Sanitation and Hygiene: There is no sanitary toilet available in the assessed areas. In char areas most of the toilets are kucca structure and set up in the plain land. The flood water has submerged all the toilets, as a result 100% char people are going for open defecation. On the other hand, a large number of people use flood water for washing cloth, cooking and even drinking purpose. There are a few hand-pumps are working which were set up in relatively raised areas. Due to flood water, cattle, earthworm and other insects have died and polluted the water. As far as personal hygiene is concerned, women and adolescent girls are facing serious issues.

c)      Food & Livelihood Security: The first web of flood in June this year had already destroyed the yearly main crops of rice, vegetable farms like brinjal, chilli, tomato etc. The recent flood has affected the main cash crops of jute. The flood water has submerged the grazing land and thus affected the cattle. Animal husbandry is one of the most important means of livelihood for the char dwellers. There is acute shortage of food items for human being as well as cattle.

d)      Health Services: Chars are seen as disconnected land, hardly any government services or programs get implemented properly in those areas. Health is one of such services. Monsoon flood widens the distance. There is no facility of health services within 10 km radius of the assessed char. Outbreak of water borne diseases are quite normal after the flood. The respondents from all the three assessed char villages informed that the apart of human health issues, animals like cow, buffalo, goat etc are also suffering from diseases. Every flood severely affects the health of both human being and livestock.

Urgent Need: ORS and health camps for both human and livestock

e)      Education: There are three primary schools in three char villages. One of those schools was established in 1945 and the remaining two were established in 2004. Two schools have been submerged in the flood water; another school is occupied by the flood affected people. School infrastructure, books and teaching learning materials have been damaged due flood water. 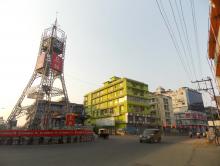 17 Oct 2011 - 4:16pm | editor
The Tarun Gogoi government comes in for sharp criticism for the land deal with Bangaldesh as the Assam Assembly is debating the issue on Monday. The day long special session began at around 9 in...

16 Jan 2010 - 1:40pm | Jayanta Kumar Das
One Gagan Das (34) was killed and 13 injured on spot in Udalguri town near Shwahid Bedi on January 15 at 6.50 pm when unidentified miscreants hurled a hand grenade.According to reliable sources the...