A local court in Barpeta remanded two youths to three days police custody after they were produced in connection with the Howly gangrape case early this week.

The youths were identified as Moklesur Rahman and Nijamuddin who along with two others gangraped a 12 year old girl at a room near the Barpeta Medical College Hospital.

Howly police registered a case against the duo (No 534/15 U/S 366(A)/376/420/34) and R/W Sec  4 of POCSO (Protection of Child & Sexual Offence) after being caught on Saturday wee hours. The main accused Jahangir  Ali and one of his associates are still absconding.

10 Dec 2014 - 4:54pm | Hantigiri Narzary
A free eye camp has fetched no less appreciation for the Bodoland Peoples Front(BPF) in Kokrahar. People in large number turned up to the five doctors from Nepal at the free medical camp at Patgaon... 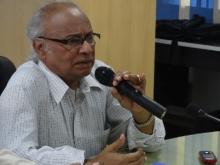