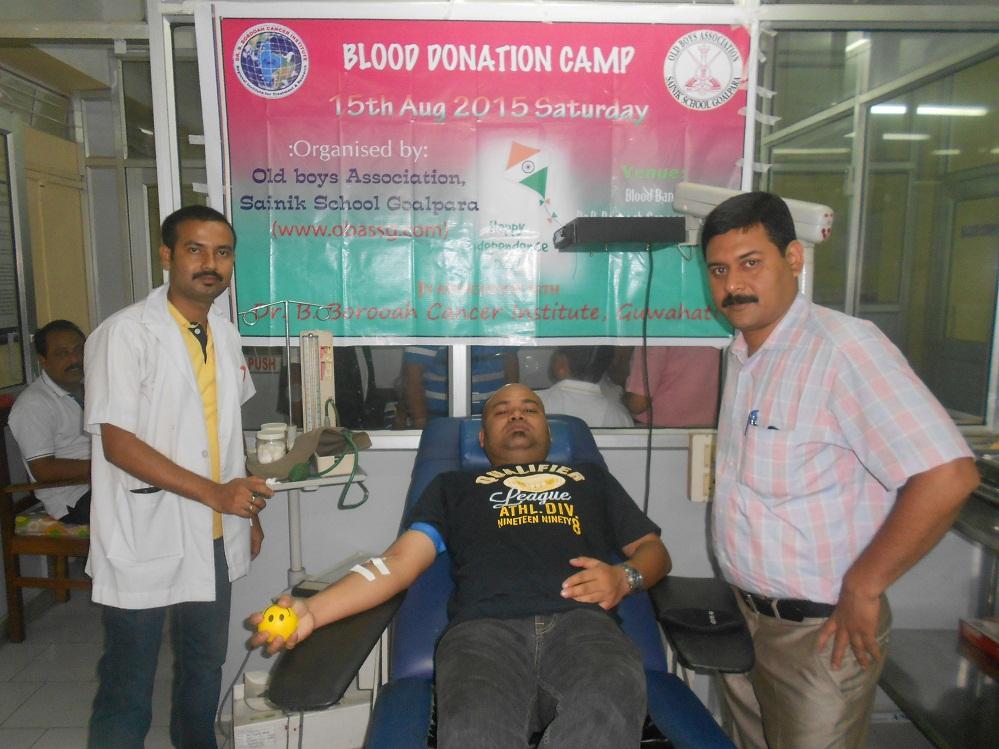 Old Boys Association of Sainik School Goalpara (OBA SSG) in association with Dr B Barooah Cancer Institute organised a blood donation camp on the occasion of Independence Day on 15th August at the cancer hospital premises. OBA SSG has been organizing blood donation camp on the occasion of Independence Day for last 11 years in different parts of the state and country. This year OBA SSG, Bangalore Chapter also organised a blood donation camp. This blood donation camp in Guwahati was inaugurated by Dr R Bagum , Acting Director of Dr B Barooah Cancer Institute . She had applauded the activities of OBA SSG as it has organised voluntary blood donation camp in the cancer hospital. Speaking on the occasion Amar Kakati, General Secretary of OBA SSG has called upon individuals to come forward and donate blood voluntarily which would help save lives of others. OBA SSG members from different parts of the state including Barak Valley participated and donated blood in the camp. More than 50 persons attended the programme and most of them donated blood. Apart from the members of OBA SSG, some other individuals donated bloods who were mostly students and young professionals.  In a press statement Amar Kakati, GS of OBA SSG has thanked all the members of OBA SSG and others for donating blood and appealed to other individuals in the society to come forward and donate blood whenever necessary. OBA SSG is a registered society and it conducts various social welfare programmes including free health check up camps in different parts of the state for the needy and the poor people. 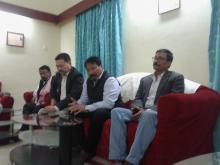 25 May 2011 - 4:29pm | Ritupallab Saikia
An octogenarian couple named Sri Ramakanta Kakoty and Smtii. Suprabha Kakoty hailing from Betioni village in Golaghat has set an example of charitableness which may inspire many. This couple saves...