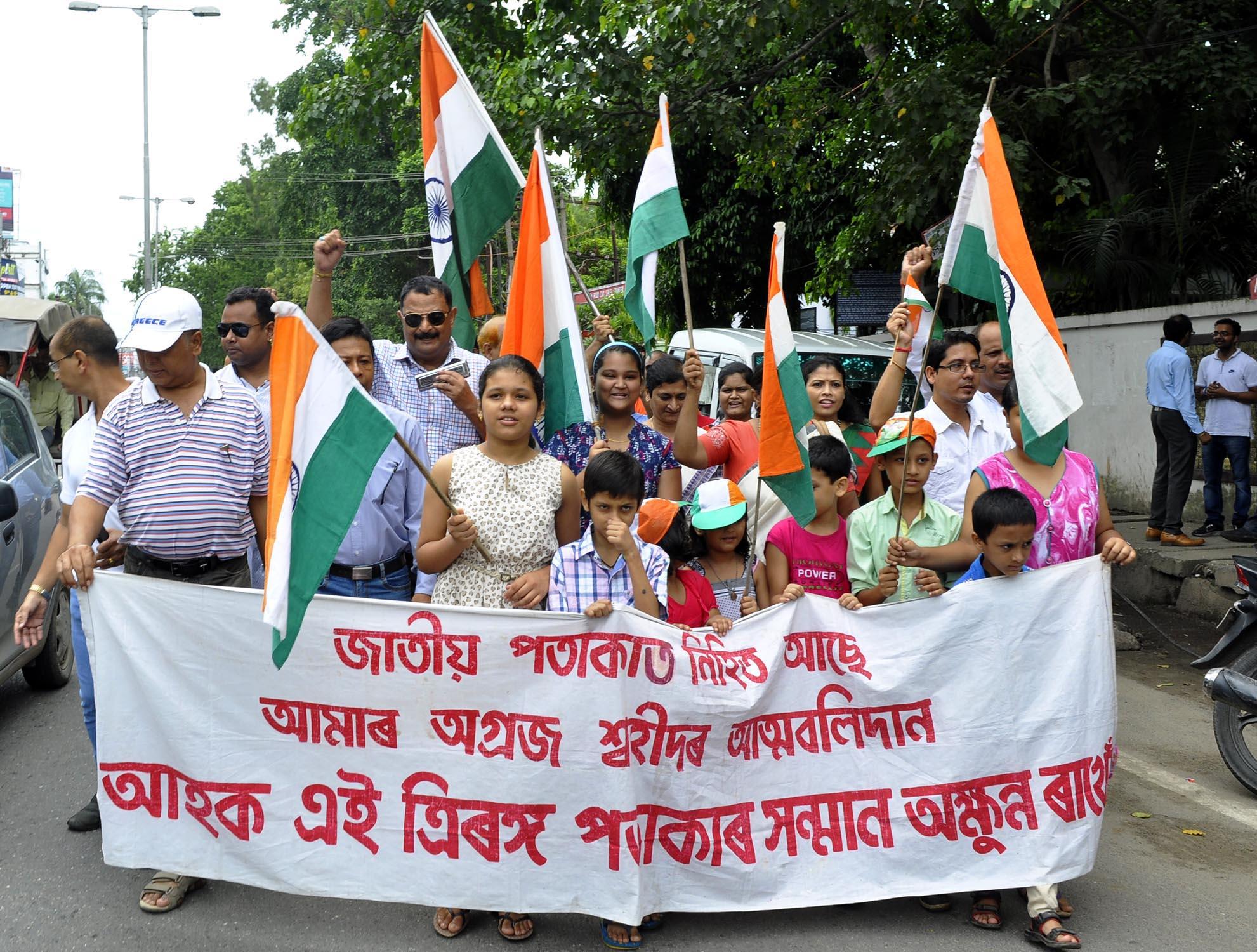 City based media persons and patriotic citizens from different walks of life observed India’s 69th Independence Day at Guwahati Press Club on Saturday with fanfare. Senior journalist Rupam Barua hoisted the National flag at 11 am, following which he gave a short speech highlighting the contributions of millions of known & unknown martyrs and freedom fighters for the noble cause.

“Thanks to our great patriots and martyrs, we are now living proudly in a free nation. The significance of this day lies in gratefully recollecting their supreme sacrifices,” said Barua. He expressed dissatisfaction that many organizations now-a-days prefer not to salute the Tri-colour citing their various grievances.

“It is very unfortunate and disgusting as well. We should (must) pay our tributes to the martyrs unconditionally. Nobody should drag the auspicious days like I-Day and Republic Day for selfish interest. Otherwise we will be known as an ungrateful nation, which cannot be accepted,” pointed out Barua.

Following the flag hoisting programme, the participants took out a rally on the city streets. Many children also participated in the rally waving National flags and chanted patriotic slogans. They also performed in a brief function at the press club with various recitation and patriotic songs.

It may be mentioned that defying the diktats of various separatist militant outfits the Guwahati based journalists and few patriotic nationals have made it a habit to gather at the local press club on both 15 August and 26 January to hoist the Tri-colour and salute the martyrs of India’s freedom movement. They have taken a principled stand against separatist agenda and led the endeavour from 1998 onwards.

Friendly football match On the occasion of 69th I-Day, the members of Electronic Media Forum Assam (EMFA) played a friendly football match with the employees of District Transport Office (Kamrup-M) at Nehru Stadium. Led by Khirod Das, the DTO eleven beat EMFA eleven by two goals scored by Simanta Neog and Kanai Mahanta. The EMFA captain Peter Alex was adjudged as the best player of the match and he was awarded by Kamrup DTO Gautam Das.

Well-known football coach Hem Das conducted the game, where the city based Dispur Hospitals extended emergency medical supports for the players. Senior journalists and EMFA members Pranay Bordoloi, Nava Thakuria, Bhaskarjyoti Bhuyan, Bimal Ghosh and many others were present on the ground to cheer the participants. 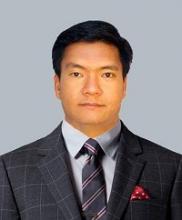