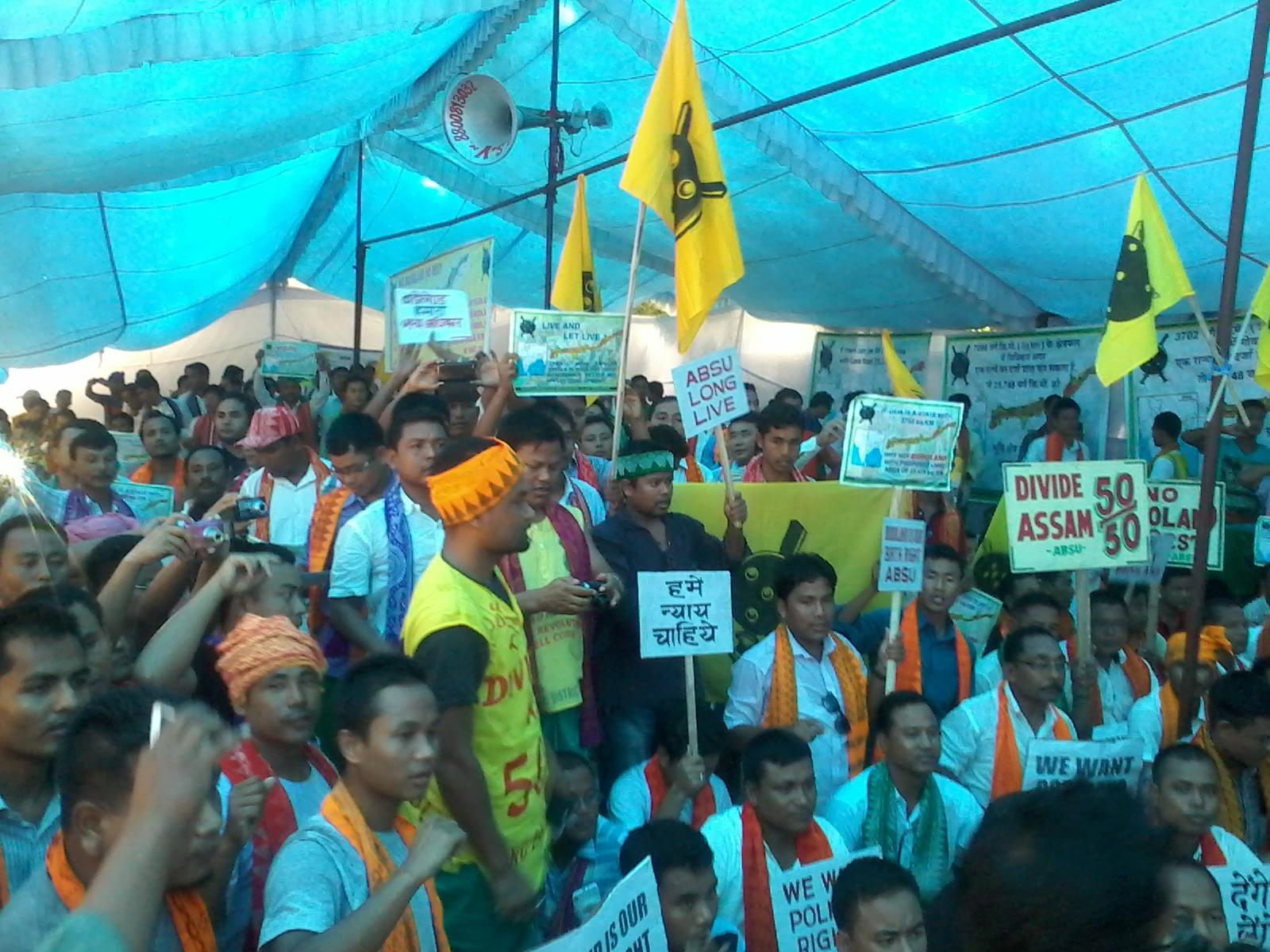 ABSU leaders and activists along with several other ethnic tribal people staged dhana in New Delhi on Wednesday demanding separate states. Organized by ABSU, seven ethic tribal organizations thronged in thousands at the Jantar Mantar in the morning and started staging dharna raising the demanding saying that separate statehood is the only panacea to uplift them.

14 Aug 2007 - 9:43am | editor
Guwahati : A 12 hour long statewide Assam bandh disrupted normal life in the state from early in the morning. The Bandh was called by a forum of 12 political parties to protest against the killings...

15 Apr 2012 - 11:35pm | editor
Assam greeted Shiva Thapa on his return to home in Guwahati on Sunday. The boxing sensation received heroic welcome as he landed at the Lokpriya Gopinath Bordoloi International Airport at 9 on...

23 Aug 2012 - 2:26pm | editor
Two more persons were killed and another injured in a fresh incident of violence in Dhubri on Wednesday.The incident took place when unidentified miscreants shot dead two laborers working in a brick...