Assembly Speaker Pranab Kumar Gogoi on Thursday urged the legislators to help the upcoming summer session slated from August 10.
At an all party meeting at his chamber, Gogoi said that all legislators would get chance to participate in any debate and raise any issue during the 5 days session.

All’s not well with AGP, BJP

29 Mar 2015 - 4:38pm | AT News
The emergence of three new political parties is likely to mar the existing poll prospect of the opposition parties if the poll experts are to be believed.Poll experts told Assam Times that LDP, GMSS... 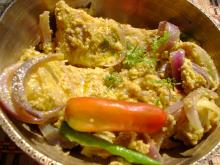 4 Apr 2012 - 1:55pm | Rini Kakati
When Gordon Ramsey went to Assam he had a taste of Khar and Bamboo shoot, Tenga. Returning from Assam was enquiring if there is any Assamese restaurant in London. That was about 3 years back. I...
Follow @Assam Times