Several ethnic groups in Assam are facing identity crisis only because of globalization if Rofikul Hussain Baruah is to be believed.
Talking to reporters in Nazira on Tuesday, the renown historian said that the identity of the the indigenous communities including Tai Ahom, Mech Kachari, Deuri, Goria,Moria are on the verge of extinction.
He feared that these ethnic communities may lost their own identity in their homeland.
According to him, these people have already lost their right over land and resources in all the major cities and towns of Assam.
The central  executive president of the Ahom Royal Society Kamala Rajkonwar was also present the meeting where the historian evoked response.
Konwar said that since the period of the Ahom kings was a land of harmony and  there was no place of communal sentiments.
“But a section of people are trying to break the structure of communal harmony of Assam and it is not a good sign for our society we must prevent the wave of raising communal sentiments,” he said.
According to Rajkonwar, all ethnic communities should remain united for all round development of Assam.

12 Sep 2014 - 6:22pm | Syed Miraz Ahmed
While the Narendra Modi government in place is all prepared to modify and uphold its international obligations to emerge as a major power in the world stage, several leading civil society... 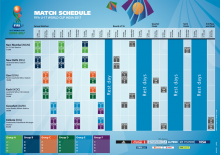 10 May 2009 - 6:44am | editor
A full fledged operation by police, army and other para military forces are on the cards in North Cachar hills in Assam. Irked by the law and order breakdown in the hills district, Assam Chief...