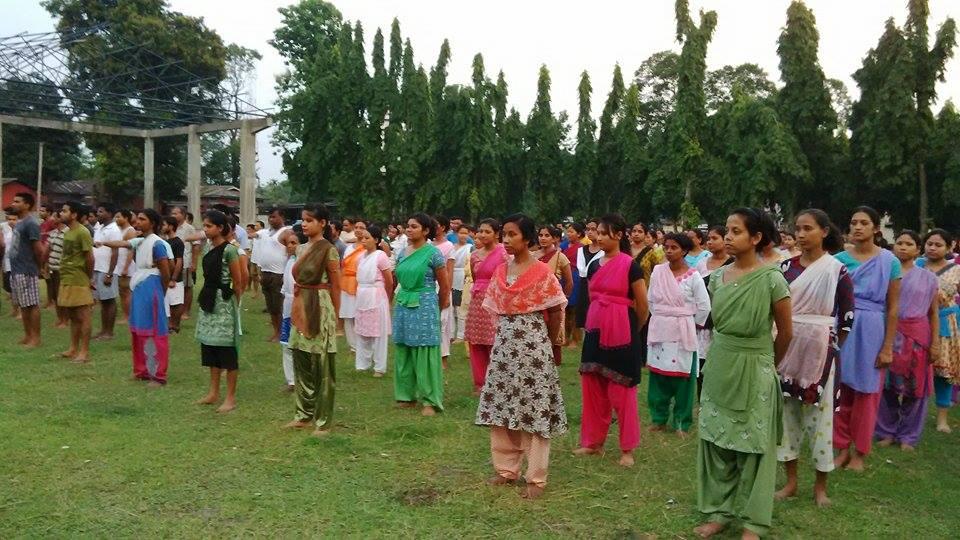 Children education is the key to a vibrant future of a country. All teachers engaged in children education should keep it in mind to help the country a better future. This is more or less of what scholars and educationists have told more than 250 school teachers at an ongoing training programme in Bhawanipur.

Organized by the Sishu Sikhya Samity at the Sankardev Sishu Neketon the newly recruited teachers are undergoing training imparted by a group of educationists from the state and outside.

From physical education to dance and music, from literature and language and social studies to science, the experts are imparting the training to the children teachers. The training programme which began on July 4 will end on July 19.

9 Oct 2015 - 7:44pm | AT News
Assam Chief Minister Tarun Gogoi reiterated his request to Prime Minister Narendra Modi to restore the Special Category Status for the north-eastern states although the process is believed to have...

9 Dec 2017 - 8:27pm | AT Kokrajhar Bureau
KOJRAJHAR:The security forces deployed in the counter insurgency operation in BTAD areas have arrested a hardcore NDFB-S rebel during a combing operation in Chirang on Saturday. Acting on a tip off...