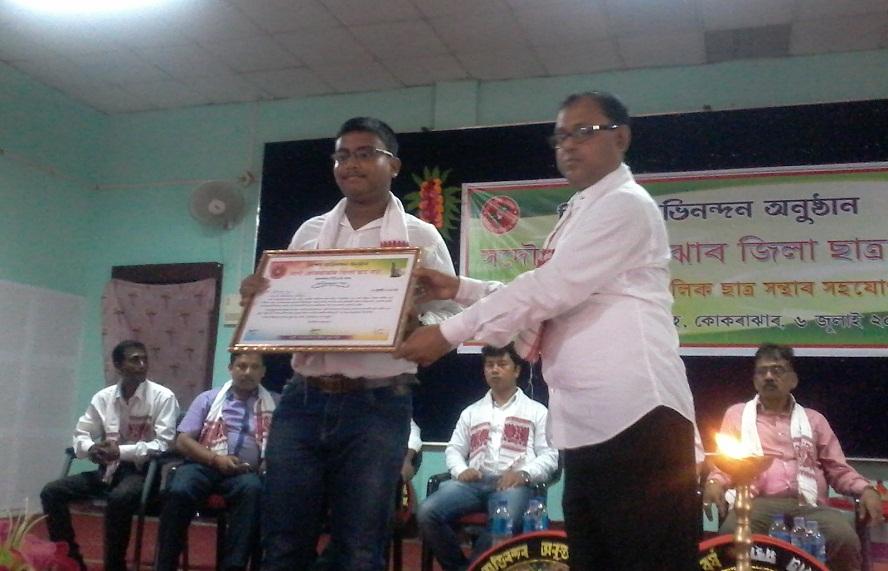 The All Assam Students Union ( AASU) felicitated the distinction passed out students in the HSLC'2015 examination at a function held at Science College auditorium today in Kokrajhar.

Dipanko Kumar Nath, president of the AASU graced as chief guest and felicitated passed out students.

Among others, Madhav Prasad Sharma, DC Kokrajhar, Jayanta Basumatary, Absu leader were also on the occasion.

10 Apr 2008 - 3:20pm | Ranjan K Baruah
Prerona , a social project team comprised of the students of Darwin school of Business organized one day seminar on the empowerment of women at the Parijat Academy in the Gorchuk Area on 8th April....

17 Jan 2008 - 10:22am | editor
Assam Association, Delhi is going to celebrate the Bhogali Bihu Festival as per the following day-long programme on Sunday, 20th January, 2008. We solicit your benign presence alongwith your family...

15 Sep 2017 - 2:33pm | AT News
In a historic move, the Assam government on Friday moved s bill in the legislative assembly to ensure proper care for the elders.  Moving the Bill on the floor senior minister Himanta...