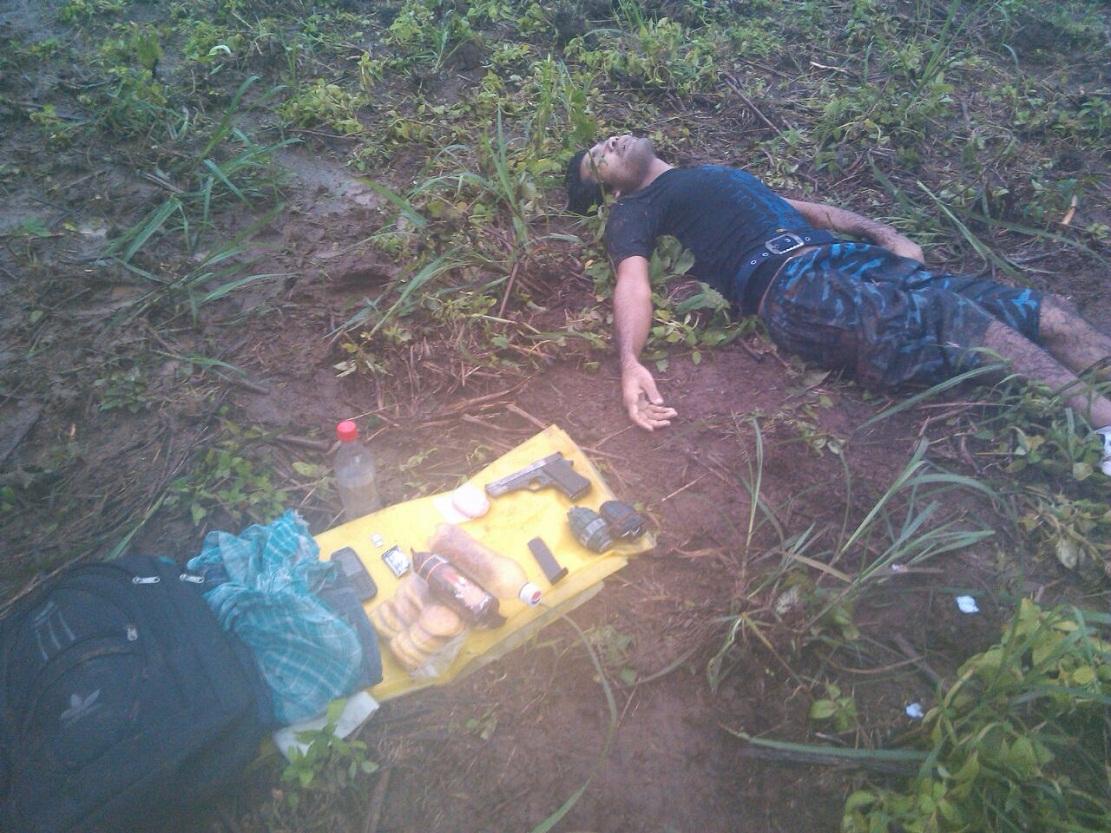 A hardcore cadre of NDFB-S was killed in an encounter with security forces at Kajigaon Pathardubi area under Parbatjhora subdivision of Kokrajhar district early morning today.

According to police, the militant outfit cadre was died on the spot while exchange of heavy fire was held with security forces 4.30 am this morning in the Kajigaon area.

The cadre was identified as B Laoder of  Kajigaon area.

A 7.65 pistol,8 live bullets, 2 hand grenades, 6 fired cartridges were recovered from him.

12 Aug 2016 - 2:29pm | Sanjoy K Kakati
Normal life comes to a grinding halt in central Assam on Friday following a 12 hour bandh demanding the proposed AIIMS in Raha. Vehicles were off from the streets in Nagaon and  Morigaon...

7 Feb 2008 - 5:30am | SK Hasan
Golden Jubilee of the Chakimukh Higher Secondary School will be celebrated on 8th and 9th February 2008. It is declared as a model H.S. School of Nazira sub-division and the Assam Govt. already...