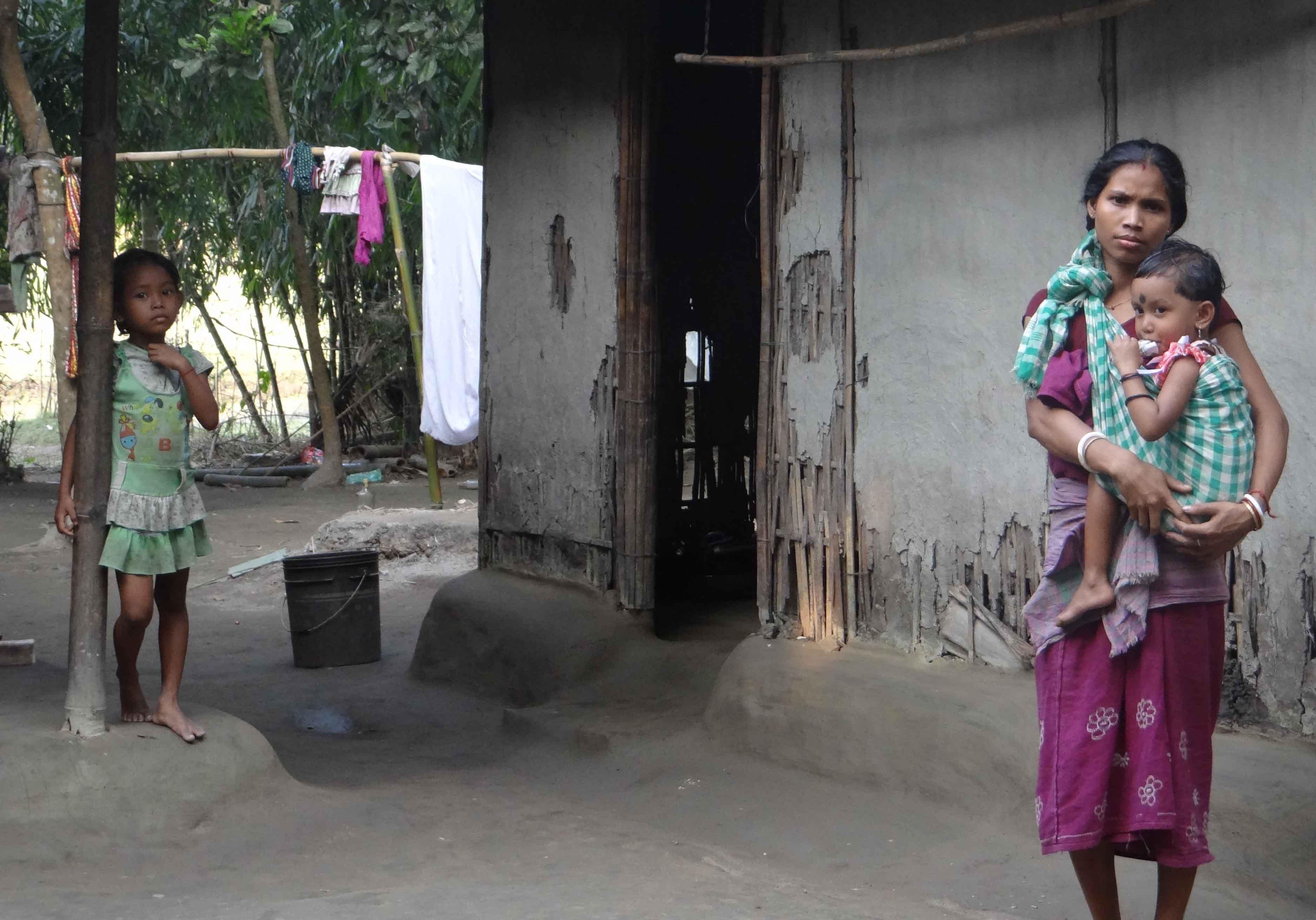 At the peak of Bodo movement for separate homeland in the 1980’s the first community that was targeted, looted, killed and displaced, with the intend of ethnic-cleansing were the Koch-Rajbanshis. From our visit to the field it was reported that around 60 people belonging to the Koch-Rajbanshi community were brutally massacred by the Bodo militants. Haris Pathak (38 years) can still recall the heinous crime he saw when he was a child. He narrates one of the incident where a poor old Koch-Rajbanshi lady, who used to live her life by selling betel leaf, unable to pay ransom to the militants, was tutored, the militants stabbed her eye-balls mercilessly with sharp weapon and made her blind before killing her. With the rising violence, in the year 1989 from the northern part of Bongaigaon (now Chirang) district, about 220 Koch-Rajbanshi families from 43 villages fled from their homes leaving behind their valuable property like land, cattle, crops, etc and took shelter in various designated camps to escape the carnage unleashed by Bodo armed militants.

After being displaced, the victims for a year were kept in various camps in Bongaigaon district. They were first made to settle in Dolaigaon Lower Primary School and then from there they were shifted to North Boitamari High School, from Boitamari High School they were again shifted to Dangtola Lower Primary School and then to Kukurmari, where they stayed in make-shift tents.  After a year, after being made to shift different places, in the year 1990 finally they were made to settle in Phoolkumari, Babunitila-I, Babunitila-II and Pochim Bhadragaon relief camps in Bidyapur in Bongaigaon. As a relief material the displaced only received a 5-6 meter plastic sheet and Rs. 2,500 per family. In these relief camps there are also few Rabha, Sutradhar, Nath and Kalita families who have also been victims of mass killings of the Bodo movement.

25 years have passed till now; these families are still living in these relief camps in most pathetic conditions.  Once these people who were proud farmers and tilled their own ancestral land have been pushed to extreme poverty and are fighting for their basic survival. Also, due to river bank erosion the land allotted for Babunitila-II relief camp is also no more. The river water has washed away this land. The 200 families that were taking shelter in this relief camp have moved to other camps and some have settled in the outskirts of Bongaigaon district on barren lands. The locations where they have settled are in Sanyasi Pahar, Khokorpur, Karigaon, etc.

The inmates are having a hard time leaving in these camps. The civil society organizations, student unions and the local administration have completely neglected this population. Majority of the population works as daily wage laborers for their income. The condition in the relief camp is so degrading and poverty ridden that the livelihood of many families is also dependent on selling of country liquor. There are also families in the relief camp where prostitution has become their means of survival.

The government has allotted 332 bigha of land for the Phoolkumari relief camp inmates but till today none of the displaced has received any land patta from the concerned authorities. This has also led to other communities who are in majority in that area, mainly the Muslims, forcefully occupying the relief camp’s land. Similar is also the case with Bamunitila Relief Camp where Muslims have occupied a major portion of the relief camp’s land. Moreover, the inmates themselves have sold lands to other communities at very cheap rates due to poverty. The land which current price would be around Rs. 1.5 lakhs per bigha, the inmates have sold it for just Rs. 10,000.  At present the main concern among the inmates has been to legalize these lands.

There is also problem of high dropouts and illiteracy in the village. The village school is not functioning properly as the teachers don’t turn up regularly. Same is the condition with the anganwadi also. Moreover, anganwadi workers and teachers have been employed from outside the village which is against the rule.

Phoolkumari, Babunitila and Bhadragaon have been brought under the ambit of revenue village and the inmates got their voting rights in 1997. But this population has mainly been seen as second class citizens and only used as vote banks. Every time before the elections they are promised many things by the leaders but after the elections none of the promises are fulfilled and the leaders only turn up after five years again. MGNREGA is functioning in the village but none of the inmate of the relief camps has got job cards. However, recently few families have received Rs. 10,000 under Indira Awaz Yojana to build houses and the families have BPL card and are beneficiaries of the Public Distribution System.

even now some of the tribal

Permalink Submitted by UDAY SANKAR HAZARIKA on Mon, 01/06/2015 - 18:16
even now some of the tribal organisation and people like adtitya khaklari say koch people are more advanced then bodos... see the situation of sonowal kocharis of upper assam richest people of assam.. are ST.. MY OPINION US THAT WHICH TRIBAL COMMUNITY IS RICH IN 1950s they only get ST status... get ST STATUS TO KOCHs and give some special benifite with in ST COTA....

26 Jun 2014 - 6:35pm | Hantigiri Narzary
The Bodoland Peoples Front(BPF), ruling partnar with Congress in Assam has broke down long eight years alliance due to the negligence from the alliance partnar Congress party itself today. The BPF...

7 Dec 2017 - 10:09am | AT News
UDALGURI: The Udlaguri police have arrested two stonemen on Wednesday who allegedly have been unleashing terror among the students at passerby in the BTAD town. Identified as Karun Boro (18) and...