Do you know the whereabouts of Paresh Baruah and IK Songbijit?  The ULFA Commander in chief is believed to have been roaming in China.

According to police, the elusive ULFA boss still has camps in Myanmar along with other militant outfits of the north east.

The intelligence agencies have tracked down Barua from the recent video clippings in mid-April - in their camps. Same it is in the case of the NDFB boss IK Songbijit who has been hiding in Myanmar. 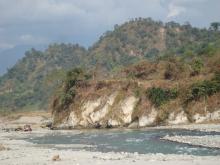