After Congress, simmering dissidence threatens to mar the prospect of Assam BJP unit hardly a year before the assembly polls.

The state unit is heading for a vertical split. That too at a time when the central leadership is leaving no stone unturned to wrest power from Congress.

State unit president Siddharth Bhattacharya is leading a faction which is dead opposed to Sarbananda Sonowal. The Union minister also has a circle of his loyalists who want Bhattacharya to be unseated immediately.

BJP sources told Assam Times that the tussle takes place over the chief ministerial candidates in the next assembly polls early next year.

“Both the factions are concentrating on a number of differences which, if not properly resolved, would put the party in trouble,” said a senior BJP leader.

“Bhattacharya and Sonowal are dead opposed to each other. Without intervention from the central leadership it would not be well for the party to win the poll. It would help the Congress to retain the power for the fourth consecutive term,” he said. 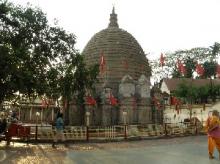 25 Jul 2014 - 9:04am | AT News
Amid crisis within the Congress legislature party, chief minister Tarun Gogoi will talk to the dissident MLAs very soon. Sources told Assam Times that Gogoi will discuss the pending issues...