The process to update NRC generates no less politics in the state hardly a year before the assembly polls.

After AIUDF, now its turn for GMSS and KMSS to plan huge rally in Guwahati to strike political mileage. The party is holding a huge rally in the city on May 17 to ensure that no immigrants are allowed find place in the updated NRC.

The party leaders told Assam Times that a circle of political leaders has been trying to ensure the names of a section of suspected immigrants in the updated NRC.

"We want to tell the country that we will not tolerate if an immigrant finds place here. We are holding the rally only to make the people aware of it,” a KMSS leader told Assam Times.

AIUDF has been holding awareness rally in the minority dominated areas. Party president Badaruddin Ajmal has announced zero tolerance to any lapse if a genuine citizen is left out.

17 May 2016 - 8:35am | Shajid Khan
In view of the security for the ensuing declaration of Assembly election results on May 19 and growing road accidents , the Udalguri district administration has felt the need organise the traffic... 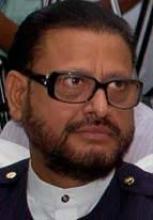 5 Dec 2017 - 3:44pm | Dibya J Borthakur
RAHA: A local woman died in Raha when she was knocked down by a car in the convoy of a minster on Monday spreading shock and anger across the state.   The bizarre incident took place in...