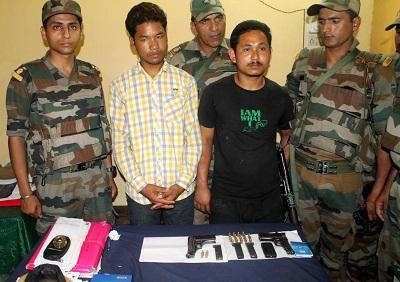 Security forces have claimed to arrest two NDFB-S cadres and a linkman at an operation from Tamulpur area on Sunday in Baksa district.

The cadres and linkman was arrested by security forces during in an operation in Tamulpur area,who were identified Keteng Boro, Ratneswar Boro and Birkang Basumatary (linkman).

Two pistol, 22 live bullet and some incriminating documents were recovered from their possession, said a senior police officer.

9 Jul 2016 - 6:49pm | AT Kokrajhar Bureau
The All Bodo Students Union(ABSU) has warned for indefinite hunger strike from first week of September next if demand of separate Bodoland state was not meet early solution by August 15 next. In a...