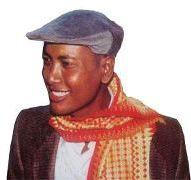 Preparation has got underway  to observe the 25th death anniversary of Bodofa Upendra Nath Brahma,former president of the All Bodo Students’ Union (ABSU)  as Silver Jubilee in a grand way on May 1 at Thulungapuri Dotma in Kokrajhar district.

The observation would be organised by the ABSU to mark the anniversary of late Bodofa Brahma who had dedicated his whole life for the Bodos and welfare of the down trodden communities in the state as well country.

Lawrence Islary,general secretary of the students union told that the student body has decided to observe the 25th death anniversary of Bodofa UN Brahma by inviting prominent leaders associated with the Bodoland movement. He said that the leaders of the organizations who had actively participated included Bodo People’s Action Committee (BPAC), All Assam Tribal Women’s Welfare Federation (AATWWF), Bodo Volunteers Force, student leaders from Arunachal Pradesh, from the year 1986 to 1990 had been invited for felicitation and discussion on the works and ideology of Bodofa UN Brahma,former president of the students union.

Islary also said some senior journalists who were closely associated with Brahma during the peak of the movement had also been invited as the students union has been organising the anniversary of Bodofa Upendra Nath Brahma at his burial place Tulungapuri Dotma centrally in Kokrajhar district.

Premjit Narzary,president of the Kokrajhar district unit of ABSU has also urged the people irrespective of caste, creed, language and religion to participate and pay homage to the father of the Bodos as well appealed for an initiative to preserve the legacy and ideology of Brahma.

AGP all out against Modi, BJP

16 Dec 2014 - 8:28pm | AT News
Former Chief Minister and AGP MLA Prafulla Kumar Mahanta came down heavily on BJP for reversing the poll promises. Participating in a debate on the floor of the assembly on Tuesday, Mahanta said that...

6 Apr 2018 - 8:58pm | Mithun Baruah
MARGHERITA: A tussle between guardians and students with  VKV NEC authority over fee hike keeps the school campus on the boil in Baragolai on Friday.  The situation took an uneasy turn... 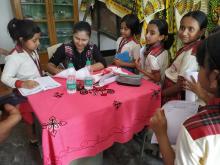