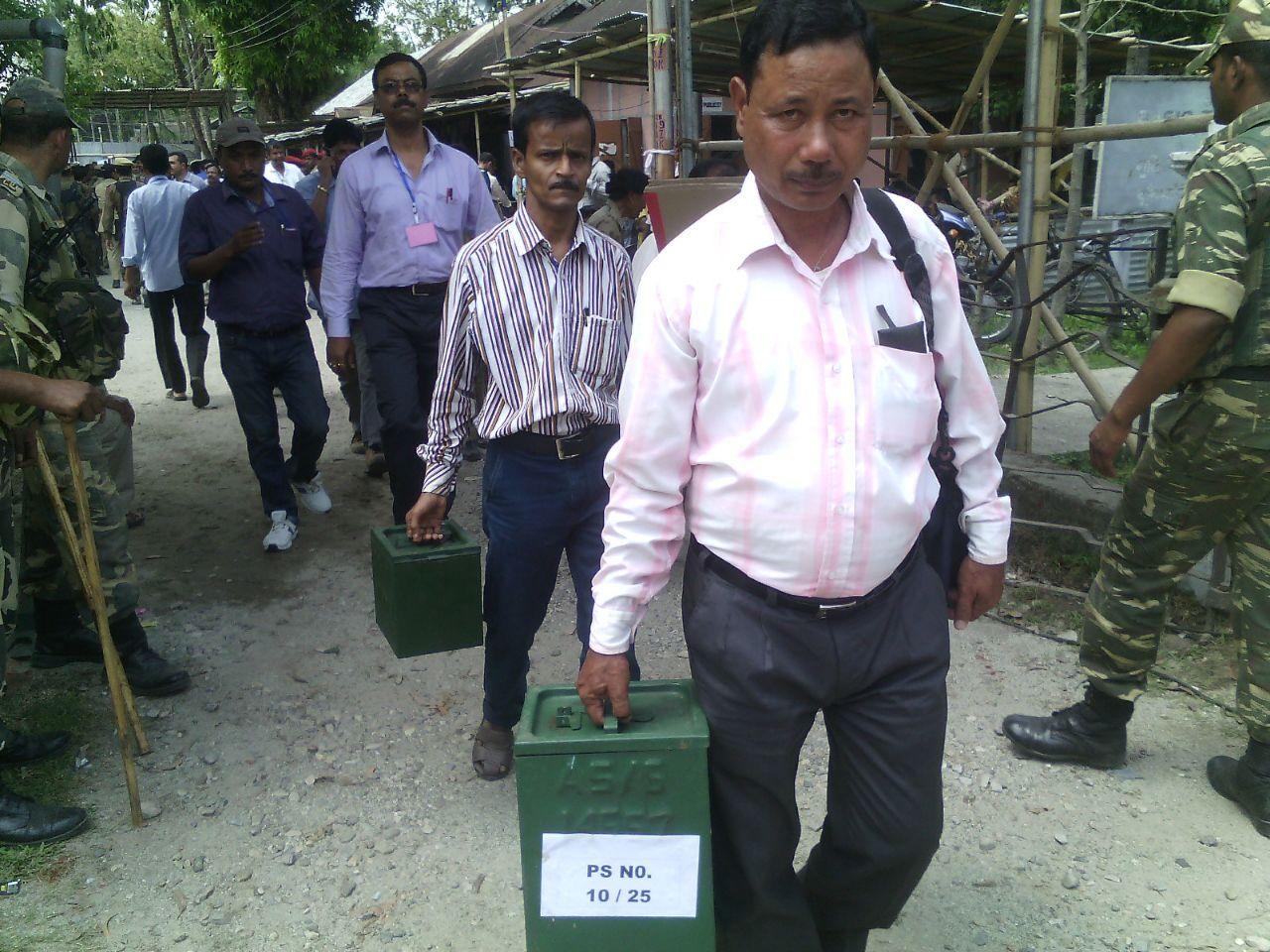 Stage is all set for the 3rd BTC election tomorrow amidst tight security.

Polling officials were seen moving out to the respective polling stations with ballot boxes.

He said the district had been divided into 28 zones and these would be looked after by 12 constituency magistrates and 28 zonal officers.

There are 79 sectors of which 25 sectors are in Kokrajhar subdivision, 43 in Gossaigaon and 11 in Parbhatjhora subdivision respectively. These sectors would be looked after by sector magistrates who would also be responsible for maintaining law and order.

A total of 585,971 voters, of whom 248,340 in Kokrajhar subdivision, 282,354 in Gossaigaon subdivision and 55,277 voters in Parbhatjhora subdivision, will exercise their right to franchise in 12 constituencies under Kokrajhar district to decide the fate of 88 candidates.

19 May 2013 - 9:07am | AT News
The Tarun Gogoi government completes two years in office. The Chief Minister claimed to have improved in the law and order situation in the state over the past 12 years.He added that the government...