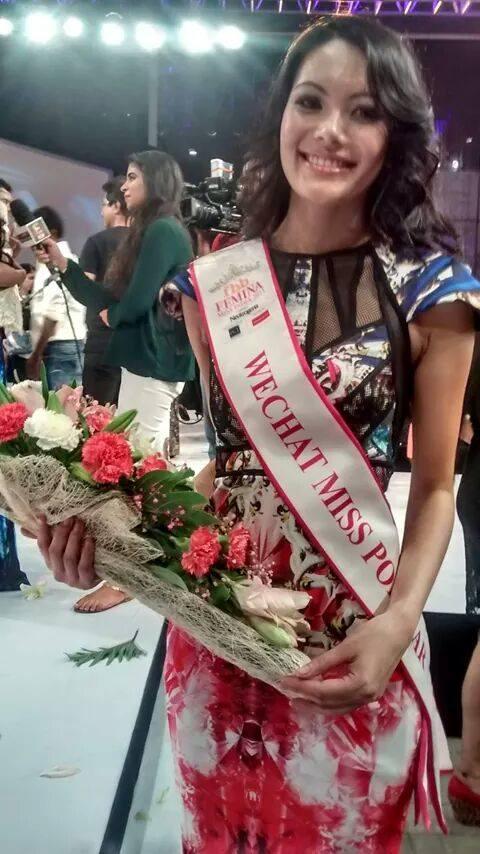 Miss India 2015 finalist from Haflong Assam representing North East has won the Miss India 2015 Miss Popular and Miss Multimedia subtitles in the grand finale of Miss India 2015 at Yashraj Studios in Mumbai on Saturday evening and she was chosen among the Top10 finalist out of Top 21 finalists. After Himakshi Agarwal and Jantee Hazarika, Rewati is the third girl from Assam who made it into the finals of the coveted fashion and beauty icon show. 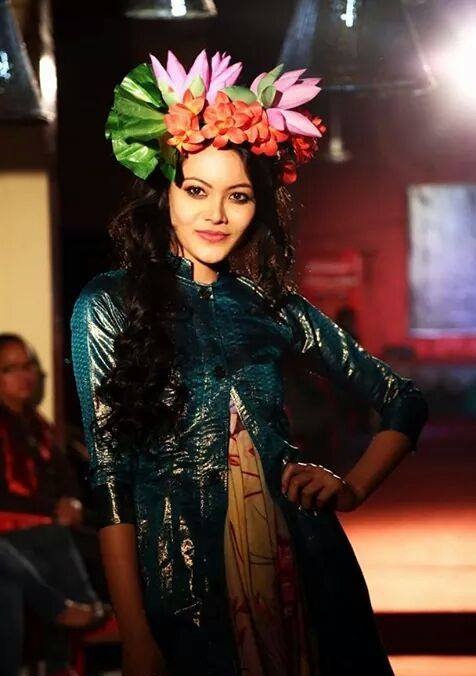 Her parents, unce and aunt and cousin went to the Miss India finale to encourage and support  while anxiety and curiosity bewildered among several million enthusiasts on Saturday night as the countdown of Femina Miss India 2015 tossed ‘Grand Finale Round’. The skippers and celebrities from Bollywood made appearances and  judges selected  top ten finalists out of 21 contestants  for this finale. Among all the most appreciated and talented contestants who made through in finale Top 10 was Rewati Chetri, Judge Firoz Nadiadwala’s questioned for Rewati: How do you define success? Rewati’s reply: Success is where I want to see myself in what I do the best.

Internet generated report says Rewati Chetri is most followed, shared, downloaded and talked Miss India finalist and her facebook engagement was twice her nearest contestant. Her each facebook posts were seen by more than 5000 person and maximum is over  54000. Out of 21 contestants she also got the highest number of votes through WeChat application whch the Miss India Oganisation said were in lakhs.

On being asked about her feelings on the ramps of Miss India 2015 grand finale she said, ‘I could not count my heartbeats but I could feel the numbers of heart beating for me. But it was not easy, it is not only about confidence,  intelligence and beauty but also about courage and knowledge and over all personality. As advised by you all I celebrated being there, enjoyed every moment, gave my best and cheered for myself and made it to Top10 Finalist. I could feel seven sisters states and one brother Sikkim, the Darjeelings and Gorkha and North East populated cities and towns of India and rest of world support and prayers for me. Frankly speaking I am happy that  I won billions hearts though I could not bring the crown home.

Expressing contentment over Rewati’s successful journey in Miss India, her friend communication  professional and All Assam Gorkha Students’ Union (AAGSU) leader Nanda Kirati Dewan said, ‘Haflong had been always in national and local news for wrong reasons of terrorism activities and multi crore scam that rocked the nation, its young Rewati Chetri by dint of her talent, sheer professionalism and extreme hardwork reached finals of Miss India and promoted tourism potentials of Haflong, Dima Hasao district and Assam atlarge  in her page as an ambassador of Haflong. The Chief Executive Member of Dima Hasao Autonomous Council must consider Rewati Chetri brand ambassador of Dima Hasao District. I congratulate my young friend Rewati for brining laurels to the state and region and wish her a bright career. Government and  corporates and event organiers should regional talents who made us proud in national platform.

Rewati Chetri on Sunday through her fan page said,’ You all were my partners in progress.I sincerely acknowledge the silent prayers, ground swelling support, overwhelming response in the new age technology. I stand up in ovation to thank all my friends and family who stood by me, spent time to make me who I am today. It was indeed a life time opportunity and wonderful experience to cherish and with courage to carry on.. Thank you all for your messages of congratulations and encouragement. Believe me, its you all who made this small town girl ‪#‎MissIndia ‪#‎MissPopular and ‪#‎MissMultimedia. I will cherish this as long as I live. She also congratulated her co-finalists Aditi Arya for being crowned Miss India World,  ‪Afreen Rachael Vaz and  ‪‎Miss India International , Vartika Singh ‪Miss India Grand International

World knows truth who should

Permalink Submitted by Raghav Chettri on Mon, 30/03/2015 - 21:26
World knows truth who should be Miss India. But We Are Hailing From North East and We Are 'Stapled' That's a Reson Rest of India Hates us, We Are Stapled They Calls ...

18 Jan 2009 - 1:37pm | editor
Two ULFA rebels died sin an encounter at Hajo, Kamrup district on Saturday midnight. Two granades and two pistols were recovered from them. The deceased have yet to be identified.