Assam BJP MPs are not at all happy with the Centre’s decision not to accord ST status for six ethnic communities a year before the assembly polls.

The MPs have started mounting pressure on the tribal affairs ministry to reconsider the decision.

A senior party leader and MP told Assam Times that if the government proceeds this way the party will have to pay heavy price in the assembly polls early next year.

“It would leave negative message before the people. We should ensure ST status for the six communities. It was our poll promise,” he said.

Another MP, who refused to be named said,”the decision is not final. But we must approach the people with good news.”

On the other hand the home ministry officials find it strange to hear the protest against the rejection of the demands.

A home ministry official told Assam Times that process are on to raise it before the cabinet meeting. He said that the demand has been neither accepted and nor rejected.

“It is for the cabinet to take a final call. Home ministry or ministry of tribal affair can only prepare necessary proposals,” he said.

1 Mar 2009 - 3:49am | shariefzamanborah
MAJONI a scheme for the girl child under the Assam Bikash Yojuana of Government of Assam was launched yesterday(27-02-09)in Sivasagar by Pranab Gogoi, Hon'ble Minister, Sericulture, Handloom... 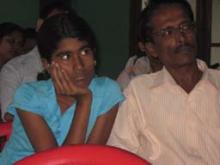 6 Jun 2009 - 1:18pm | editor
“Please give me a cup of tea” this is the first sentence relaxed Anil says to his wife after coming back home completing tiresome day long initiatives in the Panchayat. Anil got elected...