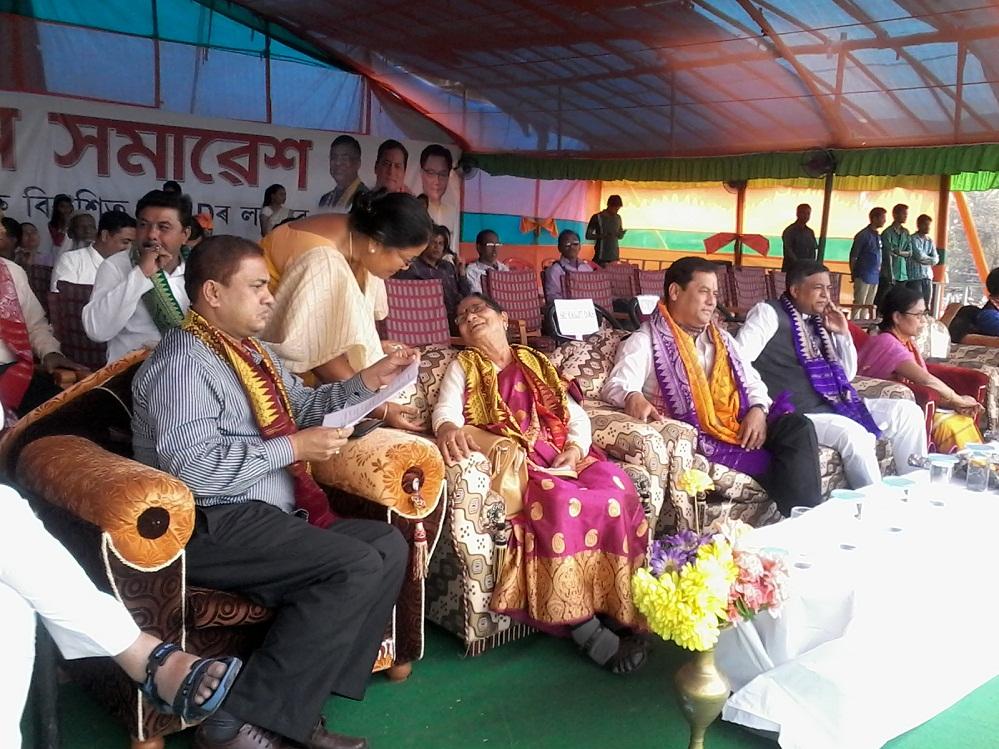 Senior BJP leader and MP Bijaya Chskrabarty graced the rally said that peace is the primary need of social development among society. She said BJP led NEW govt at the centre has been stressing to upliftment of all sections of communities in the country. She expressed her confident that Lotus will meet smile open in the ensuing council election slated to be held by first week of April.

Over ten thousand publics participated the rally from various parts of the district and saw a huge thronged of the rally.

19 Jul 2014 - 9:24am | AT News
Senior Congress leader Anjan Dutta will call on Congress president Sonia Gandhi and Rahul Gandhi on Saturday to clear his position on the dissidence within the Congress legislature party. The former...

15 Oct 2008 - 12:40am | swapan
Assam Chief Minister Tarun Gogoi today denied media reports that there were no illegal Bangladeshi nationals staying in the State.In a statement here today, Gogoi strongly denied having made a...