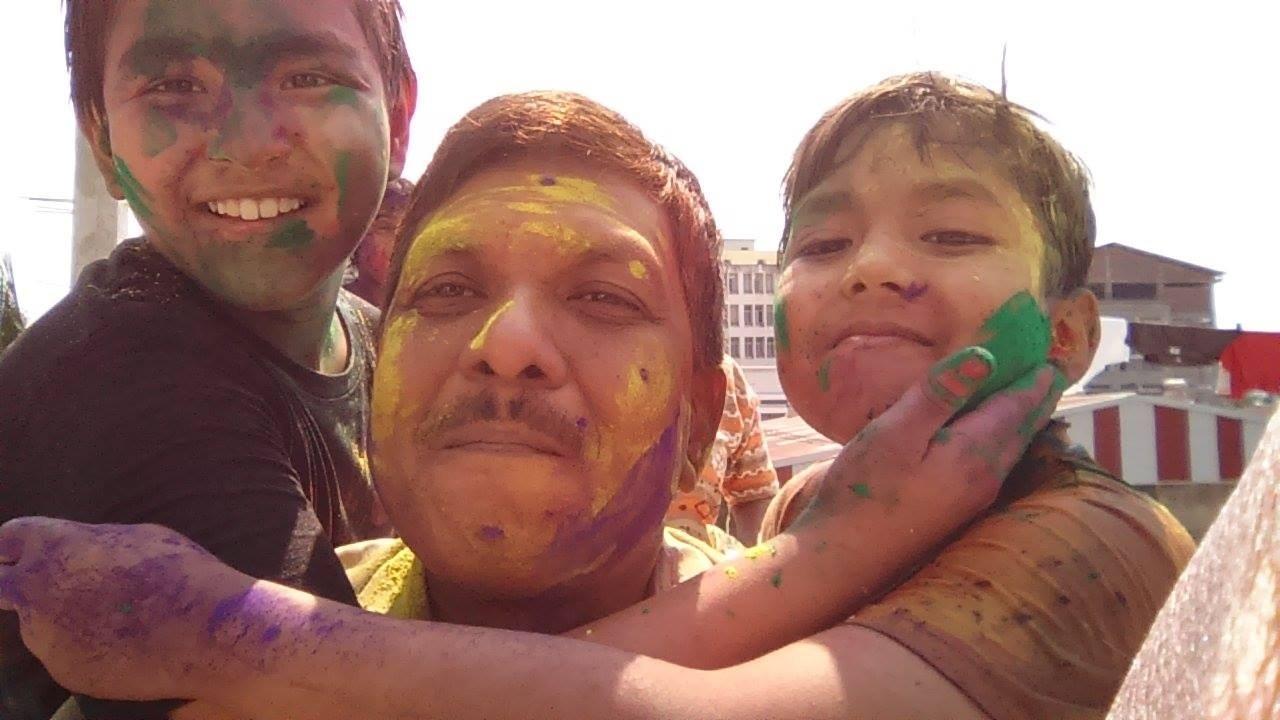 Holi festivities grip Assam along with other parts of the country on Thursday to mark the advent of spring.

From early this morning, people of all walks of life are coming out to the streets with colours and gulals to play holi on the day one.

Temples across the state are being dressed afresh on the occasion where the devotees are playing holi by sprinkling gulal to each other.

In Guwahati also, streets are full of people of all ages who are playing holi with their near and dear one. “Despite hurdles and hiccups we are coming out of the homes to celebrate the festival that is necessary to remain united,” said Prafulla Bora, a resident of Survey area in Beltola.

“We are waiting for bus to Barpeta where holi is being celebrated in a big way. We have heard of it but never have we ever been to this holi place. Today we are joining holi with the people in Barpeta,” said Kaushik Das from Dispur who is waiting with his family members for a Barpeta bound bus.

A walk with Saurav Kumar Chaliha

3 Jan 2011 - 3:33am | Nazrul Haque
“In my entire life I never heard of a fan club being formed on a writer!" – exclaimed an overwhelmed Arup Kumar Dutta." We see fan clubs more of actors or some other kind of...

5 May 2015 - 10:21am | AT News
Despite a set of stringent measures trafficking of north eastern girls refuses to die down in Delhi.Delhi police have rescued two girls from Assam at a brothel in the national capital on Tuesday....