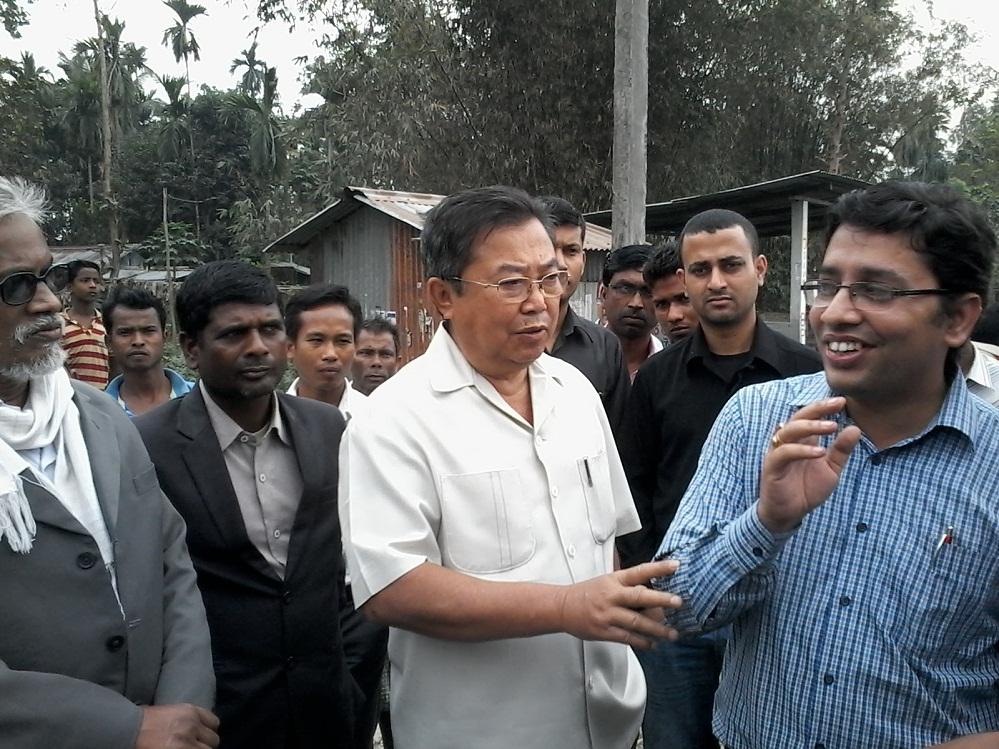 The one man enquiry commission headed by Mutum BK Singh, retired judge of Gauhati High Court to enquire 2012 BTAD riot today visited riot starter hot spots in Kokrajhar district and interacted with local publics both from Bodo and Muslim communities in their visits.

The commission made their maiden visit to Tulsibil under Gossaigaon sub-division and later stepped to the Parowguri where two elderly women killed,Magurmari and Joypur village where four Bodo youths lynched and later it spreaded in large scale in the region. During the visit commission officials including govt advocates met eye witness and held shared about information how the incident did started which had created resented among both of community. Singh said that the commission has been investigating into incident that claimed over 100 lives in the region and after getting proper investigation the final report of the commission will be published by April next.

12 Feb 2016 - 9:16am | AT News
As Assam prepares for the next Legislative Assembly election in the next few weeks, a media forum urged all political parties to show their sincerity towards the implementation of various welfare...

10 Aug 2009 - 5:47am | Daya Nath Singh
In the Indian life style religion has got most important place and everybody in this democratic country is free to worship one’s Almighty in one’s own way. But the religious people are...