The Peoples Co-ordination for Democratic Rights(PCDR) on Tuesday announced nine candidates for the ensuing BTC election.

Chief convener of the umbrella organisation of various community and organisation  Rwngwra Narzary announced the candidatures after a brainstorming meeting in Kokrajhar.

The second phase of the candidates would be declared on February 25. The party is confident that the common voters will vote them and formation of council will be in their hand.

12 Aug 2017 - 10:28pm | AT Kokrajhar Bureau
At least six persons reportedly dies, including a couple and one is went missing in flood fury in Kokrajhar district till Saturday. According to district administration source, six persons lost their... 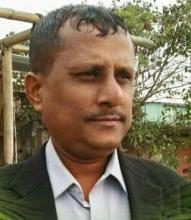