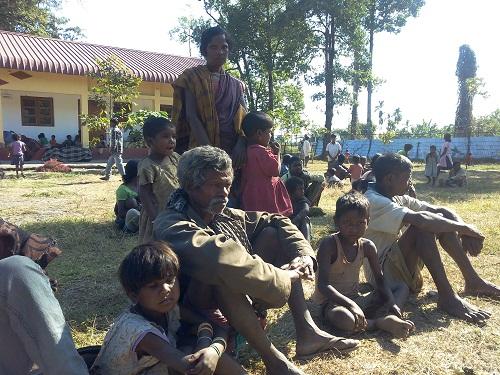 The National Investigation Agency will probe the Adivasi carnage that left atleast 70 people in Kokrajhar and Sonitpur districts.

Gogoi and Singh agreed to go all out against NDFB-S by intensifying the crackdown in some pockets. Union minister of state for home Kiren Rijiju, DGP Khagen Sarma, top ranked security force officials attended the meeting.

Narzary to work for social integration

21 May 2016 - 8:09am | AT Kokrajhar Bureau
Rabiram Narzary, former ABSU president and BPPF, later merged with BPF party ahead assembly election in January last, won the poll battle with huge margin from 29-Kokrajhar West LAC in Kokrajhar...

Workshop on Refugees and Migrants, November 2019

8 Mar 2019 - 10:38am | AT News
Applications are invited for a Research and Orientation Workshop to be held in Kolkata from 25 November to 29 November 2019. The workshop will be organised by the Calcutta Research Group (CRG) in...

9 Aug 2007 - 1:11pm | editor
Guwahati : Kidnapped Tea garden executive Anirudhdha Tanti was released today near Odalguri in BTAD at about 12.30 PM. He was kidnapped on 31st July from Hirajuli Tea Garden when he was on the way to...