18 Nov 2007 - 9:53am | pbaruah
If love is true to its sense, can justice be far behind? This is what the Supreme Court has proved in yet another landmark judgment recently.For Haramohan Barman and Phuleswari from Assam’s... 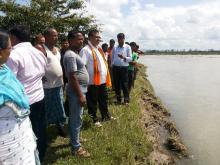