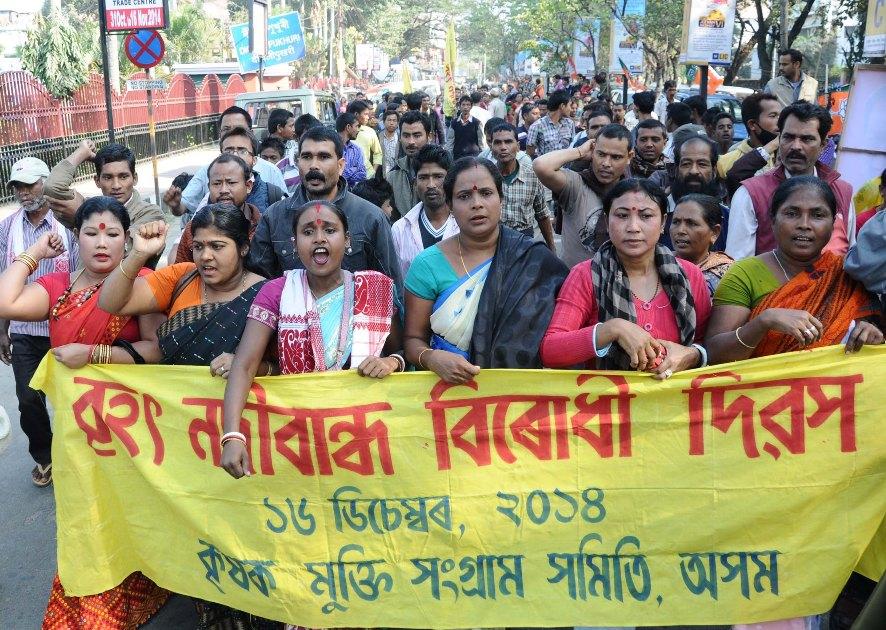 The Krushak Mukti Sangram Samity on Tuesday hit the streets across the state in protest against the Lower Subansiri Hydroelectric Power project at Gerukamukh along the Assam-Arunachal Pradesh border.

Led by KMSS president Akhil Gogoi, the organization is holding the statewide protest against the NHPC-owned power project alleging the possibility of the adverse impact of the big dams in the downstream areas in Lakhimpur and Dhemaji districts.

Notably, stiff resistance by KMSS forced NHPC to halt the mega construction at Gerukamukh on this day three years back. KMSS along with 30 other local organizations recently agreed to set up an expert panel to study the cumulative impact of the mega dams in the downstream areas.

16 Nov 2017 - 7:31pm | Mithun Baruah
Army’s 15th Kumaon (Indore) camping at Segunbari in Margherita organized a three month’s training  for the Youths of Margherita which concluded on Thursday. The participants on...

20 Jun 2017 - 6:11pm | AT Kokrajhar Bureau
Rabha community along with various organization paid floral homage to Kalaguru Bishnu Prasad Rabha, versatile of the human beings in the state of Assam on his 48th death anniversary in Kokrajhar...