Guwahati Literary Fest 2014 will be held on December 27-29. It aims to bring into a common platform young and senior writers, journalists and intellectuals of Assam, its immediate neighborhood and the rest of India.

Assam is a multi-ethnic, polyphonic state, and Guwahati has for long been at the center of its intellectual life. The Guwahati Literary Fest will acquaint the participants with the ancient and glorious literary traditions of the state. It shall also provide an opportunity to learn from the literary developments taking place elsewhere in the country. It is believed that the exchange of literary experiences and trends thereby will help build a strong shared literary bond.

The festival will present valuable interactions with the best in the field of Indian literature, regional and national. All the participants shall gather together for the three consecutive fest days, hear each other, and interact with literary luminaries exchanging thoughts and ideas. 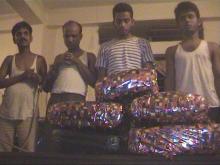 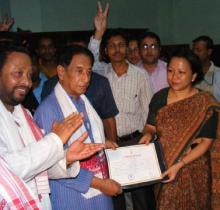