Senior Congress leader V Narayanswamy is on a two days visit to the north east amid speculations of his presence in the soon to be held swearing in ceremony of a few new ministers in the Tarun Gogoi cabinet.

Narayanswami, who look after the party’s north east affairs landed at the Borjhar airport in the morning to be received by AICC general secretary Bhupen Bora.

During his visit, the senior AICC leader, whom the party high command has sent to Guwahati on Monday, is scheduled to hold talks with the north eastern Congress leaders and Congress chief ministers.

In his discussion, he is expected to hold talks with Tarun Gogoi along with Nabam Tuki from Arunachal Pradesh, Dr Mukul Sangma from Meghalaya and Okram Ibobi Singh from Manipur.

12 Jul 2013 - 10:22pm | Ripunjoy Das
The Union Minister  of State for Minority Affairs Ninong  Ering paid a whirlwind  official tour to Tirap and Longding districts from 11th to 12th July. While...

14 Feb 2016 - 11:07pm | Shajid Khan
The silver jubilee celebration of Bandana Sangha Club concluded at Ratanpur on the outskirts of Tangla today.  The two day colourful programme began on February 13 at 9 am with the hoisting of... 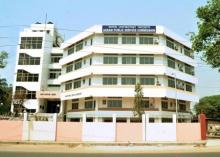 28 Feb 2017 - 7:49pm | AT News
A special court in Guwahati on Tuesday served two months time for the police to complete the ongoing probe into the APSC scam.Accepting the status report of the investigation filed by the SIT led by...