The recovery of a grenade spreads no less sensation in Silchar on Friday when parts of the entire Barak valley remained paralyzed under the impact of the Bajrang bandh.

Security forces who were patrolling on the streets got to know about the grenade from a few local residents in the morning. Then they rushed to the spot and recovered the grenade from a dustbin before defusing it at a safe place. Search operation is going on to nab the miscreant.

Let-up in flood: blues on

20 Jun 2007 - 5:22am | pbaruah
Guwahati: There is let-up in the over all flood situation as the water level of the Brahmaputra is receding but the brimeful woes of those displaced are continuing.The According to information, the... 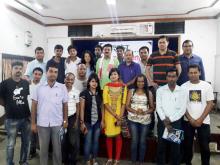