The All Assam Students’ Union (AASU) asked the government to firmly deal with the Islamic fundamentalists, including the Al-Qaeda, and the illegal Bangla migrants who have been sponsoring these dangerous elements.

In a statement, the state’s influential student body demanded a high-level inquiry into the report telecast by a national television channel alleging involvement of Badruddin Ajmal, who is an MP from the State, in the training process of the jehadis in Bangladesh.

AASU alleged that because of the weakness of Chief Minister Tarun Gogoi towards Bangladesh, the State is facing the imperious behaviour of illegal Bangla migrants and activities of Islamic fundamentalists.

13 Jun 2015 - 2:22pm | Ma Prem Naina
In the year 1974, Osho, the enlightened mystic of modern time spoke of techniques such as Yoga, Zen, Sufi, Tantra; for human transformation which will become more and more important for the modern... 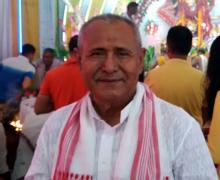