Finally, Jaiklong Brahma won thanks to the judiciary who found it illegal to book the Kokrajhar based journalist under the National Security Act. In a major blow for the Assam government, the Gauhati High Court has ordered immediate release of Jaiklong Brahma who has been languishing in jail for the last one month after he was arrested from Kokrajhar.

The court directed the government to release the scribe who works with a Guwahati based news channel, if there is no pending case against him. The varuous parties, organizations and indivdual have welcomed the high court judgement as soon as the verdict was cleared.

13 Nov 2014 - 7:38am | Jintul Talukdar
NIA probing the Burdwan bombing case has arrested 6 more villagers from Barpeta on Wednesday a day before the investigating team left for Bangladesh. All these villagers including a woman were picked... 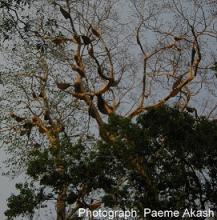