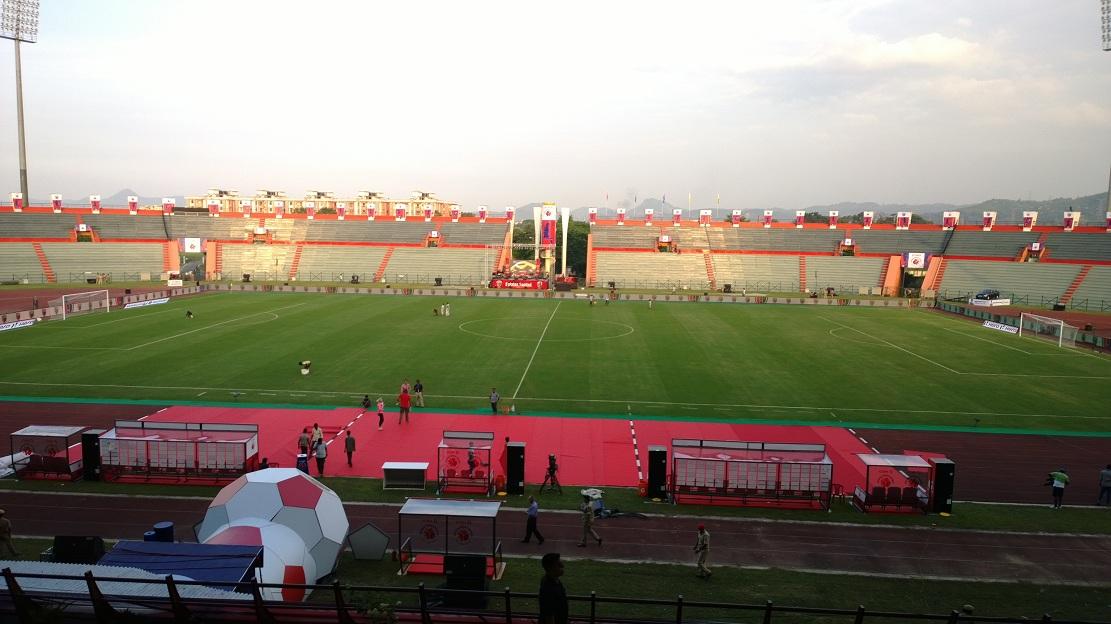 Guwahati gears up for the fourth ISL match on Thursday three days after the second match where North East United beat the Kerala Blasters by 1-0 goal.

The home team is taking on Kolkata at the Indira Gandhi Athletic Stadium in Sarasajai as soon as the clock strikes at 7 in the evening.

Thousands of football fans from across the north eastern states are camping in the premier city to enjoy the historic match. The football fever grips the entire city after the home team defeated the Sachin Tendulkar-owned Kerala Blasters.

Home footballer Durga Boro strikes no less attention as he displayed a fantastic play on Monday. His fans expects more from him along with the Lajong players.

Much to the disappointment of thousands of fans in Assam, Meghalaya, Manipur, Arunachal Pradesh and Nagaland, ISL officials have confirmed that all tickets for the Thursday’s match have been sold.

30 Mar 2014 - 10:19am | AT News
Insurgent outfits seem to have stepped up activities in Karbi Anglong district in the run up to the Lok Sabha polls.Minister Kahrsing Ingty has a narrow escape on Saturday evening when a hand made...

15 Apr 2014 - 1:39pm | AT News
Chief minister Tarun Gogoi is sure of Congress victory in 10 seats in the on going Lok Sabha polls.Talking to reporters in Koinadhaora on Tuesday, Gogoi reiterated that his party has the target of 12...

24 Sep 2015 - 2:50pm | AT News
John Abraham, the owner of the North East United Football Club, launched the offocial kit of the club at Guwahati on Thursday.