The advantage Highlanders have scored the only goal against the Kerala Blasters at the end of the thrilling first session of the ISL second match at the Sarusajai Indira Gandhi Athletic Stadium on Monday evening.

It was the never-say-die spirit Koke who posted the goal on behalf of the North East United FC at the fag end of the first session. The second half of the second ISL Match ended without any goal.

As soon as the clock struck at 7 in the evening, the highlanders started taking on Kerala Blasters FC in the second match of the Hero Indian Super League in Guwahati. The Sachin Tendulkar-owned Kerala Blasters gave the NorthEast United no chance after the match got underway in presence of lakhs of fans at the packed stadium.

Kerala Blasters have pinned hopes on Mehtab to unleash his potential on the opposition and try to defy all UnitedNorth East strikes. The home side will focus Cornell Glen. The former Trinidad & Tobago World Cupper, who has experience in playing with Shillong Lajong. Another NorthEast United FC spotlight was Alexandros Tzarvos, Greece's 2010 World Cup goalkeeper.

Kerala Blasters are also relying on the season Penn Orji. Morgan may rely on his former hand to unlock the home defence which will be helmed by marquee player Joan Capdevila. 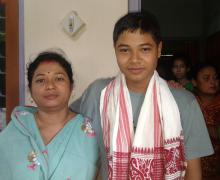 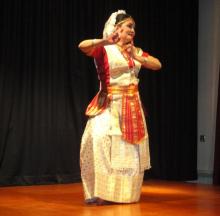