The weather condition would not improve for the next 24 hours of the weathermen are to be believed. According to reports, the South-west monsoon is still over Assam and its neighboring Arunachal Pradesh and Meghalaya.

The low pressure now lies over the gangetic West Bengal and adjoining Jharkhand and Odisha. The western end of the axis of monsoon trough at mean sea level runs close to the foot hills of the Himalayas and the eastern part of it passes through Bareilly, Varanasi, Ranchi, centre of well marked low pressure area and thence southeastwards to the central Bay of Bengal.

Heavy to very heavy rain with extremely heavy falls are likely to continue at isolated places in the state along with parts of Meghalaya.

Guwahati and its neighbourhood are expected to remain cloudy with continuous light to moderate rain with heavy to very heavy rain at times. 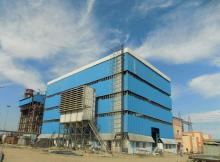 20 Nov 2017 - 8:54pm | Akshaya Pranab Kalita
NAMRUP:Two back to back incidents have brewed no less trouble for the Namrup-based thermal power plant at a time when power shortage has been plauging the north east Indian state. The incidents in...

24 Sep 2019 - 7:18pm | AT News
Dispur, September 23: As per order of the Transport Department, Government of Assam, dated 23rd September 2019. Some of the following offences will be fined as under: Driving without licence...

11 Jul 2014 - 9:51pm | AT News
Stunned by the revelations of a section officials having close touch with some illegal settlers in Guwahati, Dispur is ready to probe the allegations.  Chief Minister Tarun Gogoi, who addressed...