A powerful blast that rocked Doomdooma town just before a while has left one person dead and several injured. According to information, the blast took place at around 4:20 pm in the afternoon at the Daily Bazaar. The injured people have been rushed to the nearby Doomdooma Civil Hospital. High level police and civil officials have reached the spot and cordoned off the area.

18 Jan 2018 - 2:45pm | AT News
NEW DELHI:There seems to be no respite for Rakesh Paul as the Supreme Court has declined the bail petition of the APSC chairman who has been languishing in the Guwahati Central Jail in... 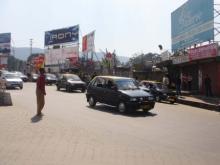