For the first time ever , people from all walks of life from across the North East region are coming together to demand what rightfully belongs to women-as well as men- societal recognition of access and control over Land and Property by women. A group of activists, academicians, members of the State Women's Commissions from various states of NE, NGO representatives, leaders of customary bodies, students and citizens will deliberate upon the changes needed to ensure women's right over land and property at a two day Regional Consultation on Land and Property Rights of Women in the Northeast being jointly organized by Indo-Global Social Service Society (IGSSS), Actionaid, and Churches Auxiliary for Social Action (CASA) and Catholic Relief Services (CRS) on 13th and 14th of March 2008 at the Sankardev Kalakshetra in Guwahati.

This Consultation is part of the National Level Campaign for Women's Right to land and Property. In the Northeast , the campaign began with state level consultations in the states of Assam, Arunachal Pradesh, Meghalaya, Manipur, Mizoram , Tripura and Nagaland in February. The key issues that emerged form these consultations centered around changes required in the Customary Laws, State Laws and Special Provisions of the Constitution such as the 6th schedule and the BTC act, impact of the Look East Policy and Violence Against Women (VAW) in the context of land and property rights. These issues will be discussed at the two day regional consultation and a plan of action to take this campaign forward.

For feedback and information : bkranjan@gmail.com

No breather in SC for Subodh Biswas

8 Dec 2017 - 8:53pm | AT News
NEW DELHI:There seems to be no respite for Subodh Biswas and his henchmen who clashed with student leaders in Silapithar six months back. The Supreme Court on Friday turned down his bail plea and...

12 Jan 2015 - 5:45am | Mithun Baruah
Assam Jatiyotabadi Yuva Chattra Parishad in Margherita raided a number of wine shops in the entire sub division on Sunday. They blamed it all on the excise department for allowing mushrooming of... 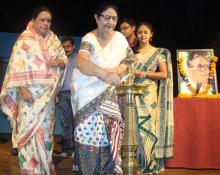 3 Nov 2013 - 9:58pm | Raktim Baruah
Xanto Xista Maha Dusto, the popular play by Dr Bhabendra Nath Saikia was enacted by some Assamese children in Delhi. The play was organised by INLI Foundation with an objective to connect these...