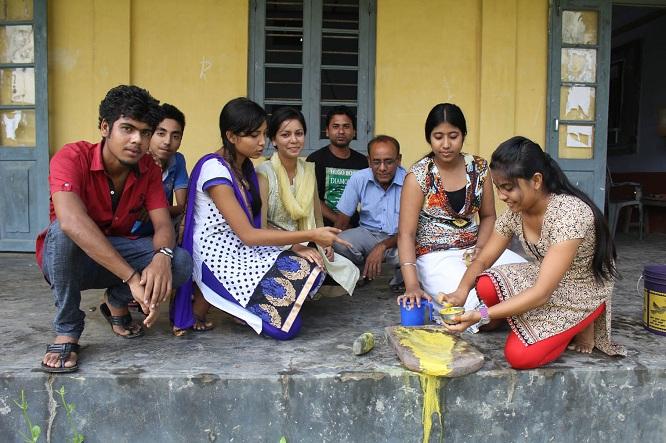 A workshop on "Manuscript Preparation and Painting in Sankari art form" was hed on July 9-13 at Dhing College, Nagaon. The workshop was organised by DEW, a socio-cultural organization of Dhing in collaboration with Society for Srimanta Sankaradeva (SSS).

Mridu Moucham Bora, a preservation expert of Manuscript as well as painter of Sankari art form, was the trainer in the workshop. Learners from different parts of Assam underwent training in the workshop. They were taught about the process of preparing the fine leaves where manuscripts were written in the medieval era. Next they were taught the art of painting with Hengul and Haital. They were given hands-on training to handle these substances.

Dr Sanjib Kumar Borkakoti, President of SSS inaugurated the workshop and stressed on the importance of reviving this dying craft as it is an indispensable component of Sankari culture. Pramathesh Deva Goswami of Narowa Balisattra spoke in the meeting to appreciate the unique venture of SSS to revive the legacy of Srimanta Sankaradeva.

The workshop ended on July 13. A exhibition of the paintings drawn by the trainees as well as other relevant materials of this craft also took place on July 13. It was inaugurated by Pradip Hazarika, co-ordinator of SSS. He said that SSS was creating a data-base of Sankari culture through its website www.sankaradeva.com. The certificates were given away by Dr Sanjib Kumar Borkakoti, who presided over the meeting. Several distinguished citizens including Nityananda Bora, executive member of Asom Sahitya Sabha spoke in the meeting. Mridu Moucham Bora offered vote of thanks. 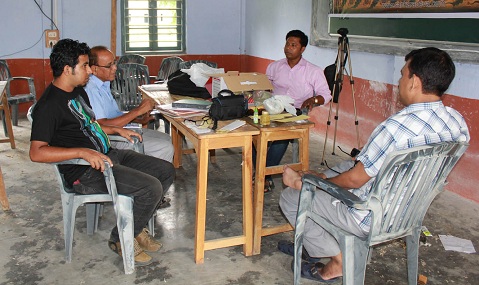 3 Sep 2020 - 7:21pm | AT News
Guwahati: Sensing backlash in the upcoming assembly polls because its failure to ensure ST status for 6 ethnic communities, the Assam Government has announced three autonomous councils for 3 ethnic...