Top Congress leaders are all set to hunker down in New Delhi on Sunday to disccuss the debacle in the recent Lok Sabha polls.

Sources told Assam Times in the capital that the state Congress leadership is likely to blame the dissidence issue as the major reason for the defeat. 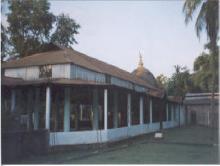 21 Jul 2008 - 4:02pm | Manoj Kumar Das
Assamese society is incomplete without a namghor- which is the spiritual and societal mainstay of their life back home. Earlier, the Assam Association, Delhi has provided a priceless gift to the...

21 Oct 2012 - 12:13am | editor
One more rhino was found dead on Saturday a week after its horn was sawed away by poachers in Kaziranga National Park. The rhino was believed to have been shot at by poachers at Agoratoli range of...