Amid deescalating political temperature in Dispur, chief minister Tarun Gogoi pulls up his sleeves to exercise a drastic  reshuffle of his council of ministers.

Sources told Assam Times that Gogoi is under pressure to end the two year long paralyzing dissidence. That’s why, he is believed to have cleared the decks to appoint his deputy in the much-awaited reshuffle.

Who is the lucky one? Dr Himanta Biswa Sarma’s name is doing round the corners. But there is no official confirmation.

A circle of ministers from the pro and anti-Gogoi camps are set to be axed while four of the aspirants from the chief minister’s camp might be accommodated.

Gogoi got the green signal from party high command on Tuesday when he called on Sonia Gandhi apart from three other top leaders.

6 May 2017 - 8:47pm | AT Kokrajhar Bureau
Two poachers were apprehended by police and army at Turibari village near Manash National Park in Baksa district on Saturday. They were identified as Arjun Boro and Gangar Basumatary. Two country... 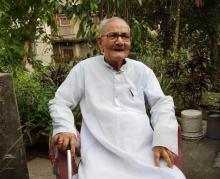