There is crack at the historic Rangghar even as the local people have attributed to the on going seismic survey in and around the monument built by the Ahom Swargadeo Pramatta Singha. The has resulted in a clash between security guards of a seismic survey company and the local people. But the All Assam tai Ahom Student Union demanded a halt to the survey within 24 hours. The student organisation wondered how the district administration permitted the seismic survey near the historic monument. The leaders of the organisation have threatened to launch an intensified protest if the survey is not stopped within 24 hours.

19 Dec 2016 - 5:11pm | AT News
The uncertainty is over. Akhil Gogoi walked out of the jail on Monday much to the delights of thousands of his friends after the Gauhati High Court granted him bail in an old and complicated case....

28 Jul 2012 - 3:56am | editor
Prime Minister Manmohan Singh along with UPA chairperson Sonia Gandhi are all set to visit in Kokrajhar on Saturday. The duo are scheduled to arrived in the Lokpriya Gopinath Bordoloi International... 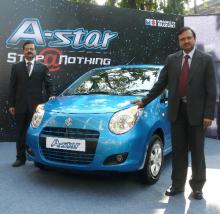 21 Nov 2008 - 12:05am | Nanda Kirati Dewan
Leader of the car market in India Maruti Suzuki India Ltd. unveiled its all new car world strategic model A-Star car in Guwahati today. As stated in a media conference the car is powered by new state...