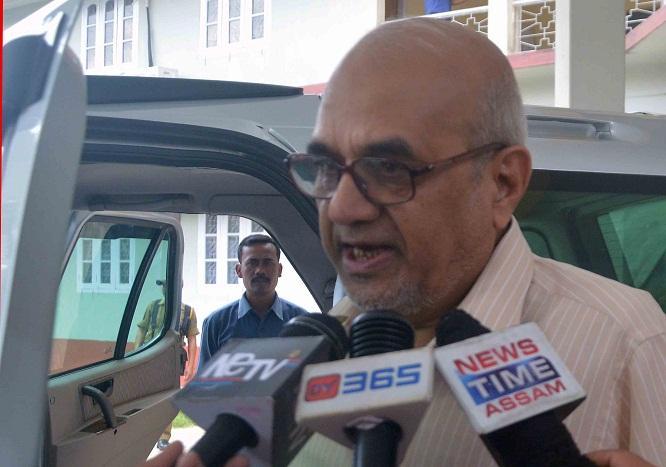 The Chairman of Minority Commission of India Nasheem Ahmed visited Balapara village to take stock of the situation in Kokrajhar on Sunday. Ahmed said that there is an apprehension among the common public that large violence would be erupted after the poll result on May 16. He said that operation against the militants would be lunched immediately in the sensitive areas.

26 Mar 2014 - 7:57pm | AT News
Amid simmering dissidence within the Congress, the ruling party leadership rolls up sleeves for action against a section of legislators who are allegedly shying away from campaigning for the party...

29 Dec 2008 - 11:43am | editor
Body of a rhino was recovered at Chemeri Chapori in Golaghat district on Sunday morning . Local residents say the body was exhumed after the local residents saw a heap of soil on a rhino body. Forest...