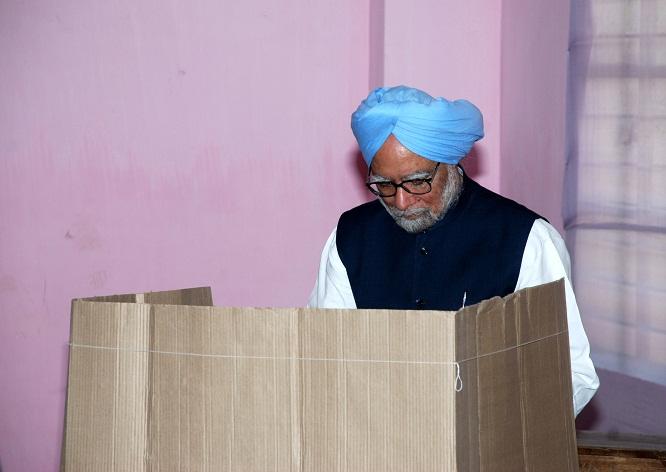 Prime Minister Dr Manmohan Singh is confident that his party will get majority in the Lok Sabha polls.

Talking to reporters after casting his vote in Dispur on Thursday, Dr Singh who represents Assam in parliament said that the ruling has not lost its ground.

He casted his vote along with his wife at 12-30 noon at the Dispur Govt HS School and left back to New Delhi after informal and courtesy meet with chief minister Tarun Gogoi and APCC president Bhubneswar Kalita.

This is his last visit to his second home state as prime minister.

6 Aug 2018 - 10:28pm | Nikhil Mundra
Hojai: Two wild elephants died due to lightning strike in the Lankajan Dorjeesheet area under Hojai district along the Hojai-Karbi Anglong border on Sunday night. According to information, the two...

4 Jan 2011 - 10:37pm | editor
National Federation of Newspapers Employees has extended moral support to the agitating journalists of Manipur, who have been demanding an unconditional release of an editor of a local daily. The...