Guwahati BJP candidate Bijoya Chakrabarty casted her vote in the morning in the final phase of polling in the state.

After exercising her franchise in Srinagar arer in the city, she told reporters that nobody can stop her from retaining the seat. She said that Congress candidate who is like her adopted grandson is her nearest rival this time and that AGP is not in the contest.

14 Sep 2017 - 9:07am | AT News Itanagar
The Closing ceremony of the five-day socio-cultural festival celebration of the 51st Central Central Solung celebration here at Giidi Notko,Pasighat was graced by Chief Guest MLA Kento Rina, who... 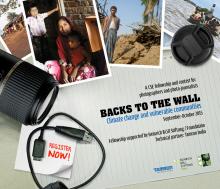 Fellowship and contest for photographers

28 Aug 2015 - 1:30pm | AT News
Centre for Science and Environment (CSE) and Down To Earth magazine invites photographers and photo-journalists to apply for a fellowship and a contest on the subject of 'climate change and... 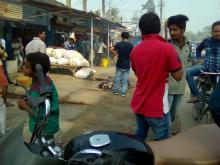 24 Jan 2018 - 9:22pm | AT News
NAMRUP: AJYCP has deeply vowed to go all out against ghutka to save the upcoming generation from the impending generation. Namrup seized a huge heap of ghukta from two wholesale shops and burnt down...